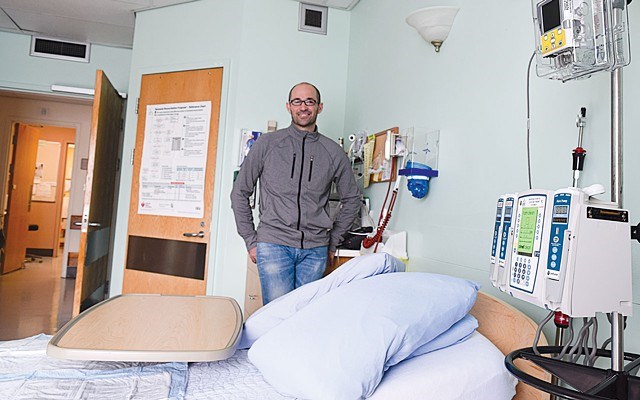 A Victoria doctor who until recently served as the Sea to Sky Corridor's only local obstetrician-gynaecologist is hopeful that a plan to make sexual assault forensic exams more accessible in the corridor will come to fruition sooner rather than later.

"I know that these things take time and are complicated, (but) it does seem like these (discussions) have been going on for an awfully long time," said Dr. Kim MacDonald, who left Squamish, where he operated the corridor's only abortion clinic, about a year ago.

Currently, if a woman is sexually assaulted in the Sea to Sky Corridor and wants to undertake a forensic sexual assault exam immediately, her only option is to go to Squamish General Hospital, where it is offered between 8:30 a.m. and 4 p.m. Monday to Friday, or go to a hospital in Vancouver. The exam is not offered in either Whistler or Pemberton.

MacDonald and others feel the exams—which collect crucial evidence used in sexual assault cases—should be offered in Whistler and Pemberton, and that women should have access to the exam 24 hours a day.

That's why he, along with a Sea to Sky nurse practitioner, put forward a regional plan to address the issue about three years ago.

The five-page document, titled "Regional Sexual Assault Response Proposal," calls for nurses with the specialized training needed to conduct the exam to be stationed in communities in the corridor and Sunshine Coast and be available on call.

The idea was there would be a hotline that a woman could phone 24/7 if something had happened ... and then one of the nurses in those communities would be able to field that call and do an intake," explained MacDonald.

MacDonald, who was in a leadership position at Squamish General Hospital when he put forward the plan, said he decided to act after speaking with local MLA Jordan Sturdy and sexual assault victim advocates working in Vancouver who highlighted the urgency of the issue.

Like others, MacDonald feels that rates of sexual assault, particularly in Whistler, are being underreported, and that a lack of exam access is partly to blame for this.

Yet despite the support of Sturdy and others, MacDonald said his plan didn't go anywhere fast when it was presented to Vancouver Coastal Health (VCH), the authority responsible for health services in the corridor.

"It was left mostly with VCH and nothing really happened," said MacDonald. "There was some different versions that (VCH) proposed, and I know Jordan (Sturdy) had some ongoing conversations with them."

While MacDonald acknowledges responding to the issue is challenging, he said he fears things may have been "bogged down a little bit, with various interests."

As reported by Pique last week, VCH is currently in discussions with the Sea to Sky Regional Hospital District—a Squamish-Lillooet Regional District (SLRD) body that serves residents of Squamish, Pemberton, Whistler and Areas C and D—to fund the forensic sexual assault exam training for four nurses who would be stationed in Whistler.

Under the plan, the Hospital District (which traditionally pays for capital projects and equipment), rather than VCH, would be responsible for paying for the training.

MacDonald said that the project would be a good step forward, and added that it should be accompanied by a marketing effort that would make it clear that the service is available.

"The actual clinical medicine that you need to provide these services is not that complicated," said MacDonald. "What's really important in providing services like this ... is providing visibility, access ... somewhere people feel safe (and) that that they can trust.

In a statement to Pique, VCH said it is currently considering expanding access to sexual assault forensic exams in the corridor.

"VCH currently has two nurses specifically trained in forensic sexual assault exams in Squamish and we are looking to hire additional staff. We also hope to make this service available in Whistler in the future," reads the statement.

"The provision of forensic testing in the Sea to Sky region is an issue that VCH has been actively involved with for some time. We are engaged with stakeholders in the community including RCMP, the local hospital district and the Division of Family Practice to explore options that best meet the needs of sexual assault victims."

For the original story go here.