In the face of opposition, vanlife ban delayed

UBC professor says bylaw was at risk of being unconstitutional
Jul 30, 2020 3:29 PM By: Steven Chua 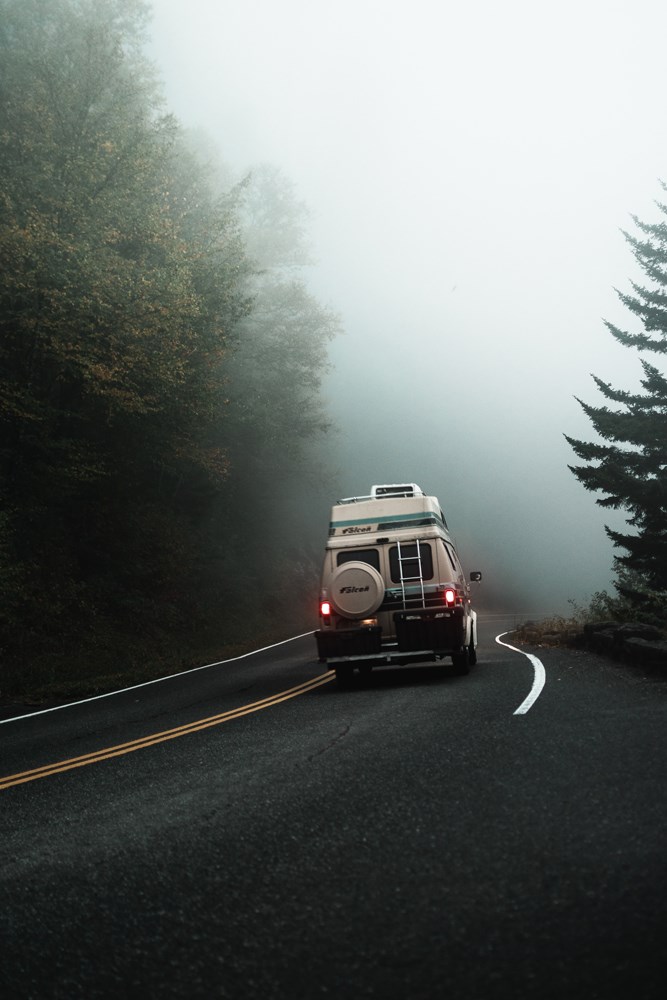 In the face of substantial opposition, the District is delaying its adoption of a bylaw that would enact a blanket ban on vanlife and camping within municipal boundaries.

During their meeting on July 28, council voted 4-3 in favour of delaying the bylaw’s adoption. Presumably, the issue would be revisited sometime in the fall, as this meeting was the last before council’s summer break.

Councillors Jenna Stoner, Armand Hurford and Chris Pettingill were opposed. Instead of deferring adoption they wanted the motion completely rescinded so it could be taken through three readings once again.

Vanlife has been a subject of great debate in Squamish, where housing is expensive and in short supply, and living in a vehicle is a way to carve out an affordable lifestyle.

On the other hand, critics say vanlifers have been leeching off the tax base while offering nothing in return. Complaints have focused on noise, nuisance, public defecation and wildfire hazards, among other things.

Due to COVID-19 restrictions preventing people from attending council in person, the opposition came in letters and a hundreds-strong petition.

The municipality used COVID-19 as a justification for revisiting the vanlife issue this time around — a similar ban was before council last year — as staff said congregating vanlifers posed a transmission risk during a pandemic.

However, some vanlifers and legal experts have called the ban unconstitutional, as it infringes on Section 7 of the Charter of Rights and Freedoms.

A law professor from UBC told The Chief that the District’s proposed ban on vanlife is broad enough that it will also affect the homeless, which likely makes it unconstitutional.

Associate professor Margot Young said that a ban on vanlife that lacks specificity threatens to run afoul of Section 7 of the Charter of Rights and Freedoms. Section 7 guarantees life, liberty and security.

“There are...constitutional obligations on them to be more responsive, sensitive and proportionate in their actions in light of that kind of human necessities that are at stake when you have low-income individuals who have only their vans to live in, and then if you bar them from sleeping in their vans, they’ve nowhere else to go, “ said Young.

The District was asked to comment on the bylaw’s legality, and in response issued a statement that was almost identical to what CAO Linda Glenday said during the July 28 meeting.

“Following third reading of the camping bylaw amendment, the District of Squamish has made the decision to pause on adoption. The intent of the amendment was to provide a short term solution to support health and safety over the summer, in advance of a policy update currently being developed for late summer or fall that will provide a systemic and sustainable approach,” reads the statement.

“Sleeping in vehicles and camping on the roads is currently prohibited in the District through the Traffic Bylaw and Zoning Bylaw. Bylaw Enforcement and RCMP will be focusing their efforts on congregations of vans creating a risk to public health or wildlife or where a complaint has been received, using the above existing regulatory tools in addition [to] the existing camping bylaw to gain compliance. The goal will be to move those sleeping and camping into designated camping locations, and to provide options.”

The statement said that policy work is being done, and a plan will come back to council.

Young said that the situation in Squamish is a complicated one.

Enacting a vanlife ban would be unconstitutional if it deprives shelter from people who have no choice but to live in their vehicle.

However, if it targets only recreational users, it’s more likely prohibition would be acceptable under the Charter, as those vehicle dwellers can reasonably be expected to have other means of finding shelter, she said.

The problem, she said, is that a blanket ban on vanlife in the town threatens to affect those who have no alternative to living in their vans.

Last year, when a similar prohibition was being debated, vanlife advocates often cited a letter from Pivot Legal Society that stated the municipality would be breaching Section 7.

Pivot said in the letter that a Supreme Court decision in 2015 stated that under that provision of the Charter, municipalities have a responsibility to ensure there is space for the homeless to rest and meet other basic needs.

“At a minimum, this legislation risks capturing people for whom sleeping in a van is their only affordable way of having shelter, and so it’s damning under the Charter if legislation which may do some really legitimate things also does constitutionally problematic things in ways that are really harmful to those whose constitutional rights are affected,” said Young.

“That’s known as legislation that’s overly broad. That captures in its reach things that are actually not justified in its purpose.”

The municipality is using COVID-19 as a justification to enact a camping and vanlife ban, saying that congregations of vanlifers pose a risk of spreading the disease.

However, Young said the courts will have to examine whether banning vanlife in response to COVID is proportional and reasonable.

She said the District is still bound by the constitution when it comes to responding to public health concerns.

If the government can show that the COVID-19 crisis is so severe that it justifies a breach of Section 7, then it may have traction in court.

But the justification must be adequate and the response to the pandemic must be reasonable and proportional.

“Is it sufficiently tailored so it infringes the rights at issue no more than it has to?” Young said.

For its part, the District has been reducing costs to stay at the municipal campsite and has put in a lowered monthly rate for people who can show they are in financially challenging circumstances.

However, Young said there are questions about whether a campground has the amenities that can reasonably support the people who live there long-term. This can include things like whether a site can be feasible to someone without a separate vehicle.

The municipality has also been using a traffic bylaw to clear vanlifers from roadways. Elliott said that she would prefer to use a formal camping ban to move vanlifers along rather than the traffic bylaw.

The bylaw states that people can’t sleep in their vehicles at night, and thus leads to officers waking up vanlifers at night and asking them to leave the area, staff say.

Young commented that it could be a questionable practice to use such a traffic bylaw to enforce a camping or vanlife ban if it strays from the regulation’s original intention.

“Constitutional law tells us you can’t update the purpose,” she said. “You can’t pass a bylaw...years ago that had one purpose and then...later, when there’s a different social context, say, ‘Oh yeah, now we’re going to say it has this purpose too.’ It has the purpose it had at the time you enacted it. And so you have a mismatch then between what was being done with the law and what its purpose was.”