'Jesse was a bright light in this town' 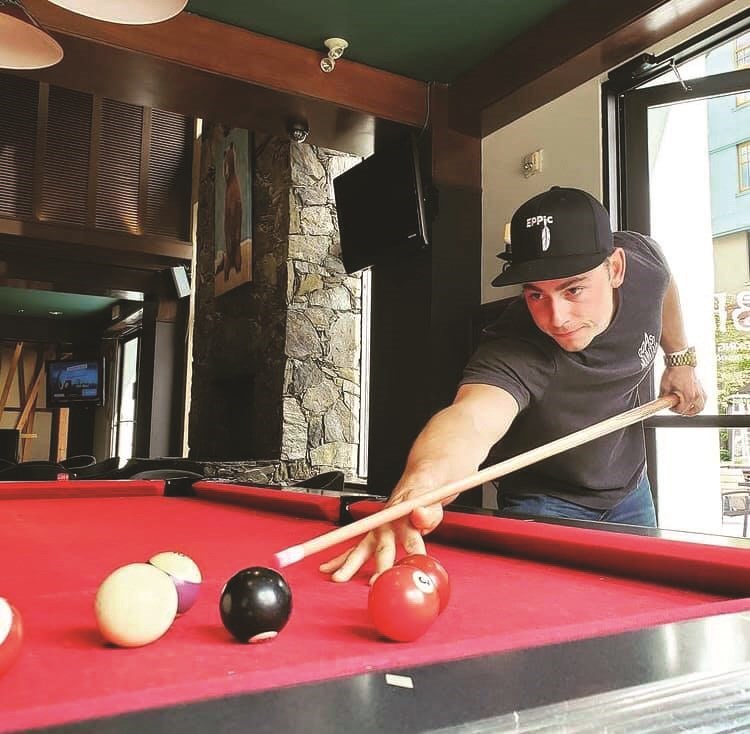 Tributes have been pouring in from across the community since local Jesse Van Roon died Jan. 7 in a snowboarding accident on Whistler Mountain.FACEBOOK PHOTO

Whether you knew him for a moment or a lifetime, Jesse Van Roon never failed to leave his mark.

“He made an impact on everybody he met,” said Jan Madsen, restaurant manager for The Beacon Pub & Eatery, where Van Roon worked as a bartender for the past several years.

Tributes have been pouring in, both online and off, since the 26-year-old died in a snowboarding accident Jan. 7. Police said Van Roon was riding on Whistler Mountain that morning when he fell approximately 20 metres off the traverse to West Bowl. He was later pronounced dead at the Whistler Health Care Clinic.

Remembered for his razor-sharp wit and dry humour, Van Roon possessed an innate ability to make everyone around him feel like they were the only person in the room.

“He had the quickest wit of any guy. He just had an infectious personality. He could put a smile on anybody’s face at any time,” Madsen said.

Van Roon’s penchant for sarcasm meant, “People described him as a bit of a prick sometimes,” Madsen said with a laugh, but underneath his acerbic sense of humour was a selfless and thoughtful young man who took every opportunity to brighten someone else’s day.

“He simply was a great kid that would give you the shirt off his back,” wrote Kevin Winter, co-owner of Coast Mountain Brewing, where Van Roon worked throughout 2017 and ’18. “We are sad, but no sadder than so many others. Jesse was a bright light in this town. He will be missed.”

First Nations activist Linda Epp knew Van Roon from the Beacon, and said he was the first person to buy one of her feather-logoed EPPic hats, simply because he wanted to support his friend.

“He was very supportive of me. He was always so cheeky, giving and funny. I loved him,” Epp wrote. “I sang a song for him at the Beacon last Sunday while standing on the patio. I had smudge burning. And I sang a [traditional Coast Salish] welcome journey song for him since ancestors are welcoming him into the Spirit World.”

Epp’s was just one of several tributes that have been taken place since Van Roon’s untimely death. Already contending with COVID-19 capacity limits, the Beacon closed for three days over the weekend to give staff time to grieve, while a tribute table sits outside the pub’s entrance for the community to pay its respects.

“He was just such an integral part of the team that I don’t think any of us could have gone to work and had a proper shift for a few days,” Madsen said.  “Everything you look at reminds you of him, especially with the vigil … It started as one table and it turned into almost four tables full of flowers and candles and little bottles of Jager and Jameson, his favourites.”

That vigil now includes a snowboard donated by Prior that has been signed by friends and will soon hang inside the Beacon. The Whistler Disc Golf Club has set up a memorial on the 18th hole of the Spruce Grove course, where Van Roon loved to play. The Raven Room donated all the proceeds from the sale of old fashioneds this weekend to a GoFundMe fundraiser that has been organized to help his family cover funeral costs and other expenses, while Coast Mountain raised another $1,600 for the campaign last week through the sale of Hope You’re Happy IPA. 21 Steps donated $700 in Van Roon’s name to the Whistler Blackcomb Ski Patrol. The Core Climbing & Fitness Gym has donated the use of an apartment it owns in the village for Van Roon’s family. (Van Roon was also an avid climber.)

The target for the GoFundMe was initially set at $3,000, which was eclipsed within hours of going up. At press time, the campaign had raised nearly $27,000.

You can still donate at gofundme.com/f/in-memory-of-jesse-van-roon.