Many kids not ready for kindergarten: report

Questions can be asked at the children’s health fair this Saturday at Brennan Park Recreation Centre
May 25, 2017 9:33 AM By: Jennifer Thuncher 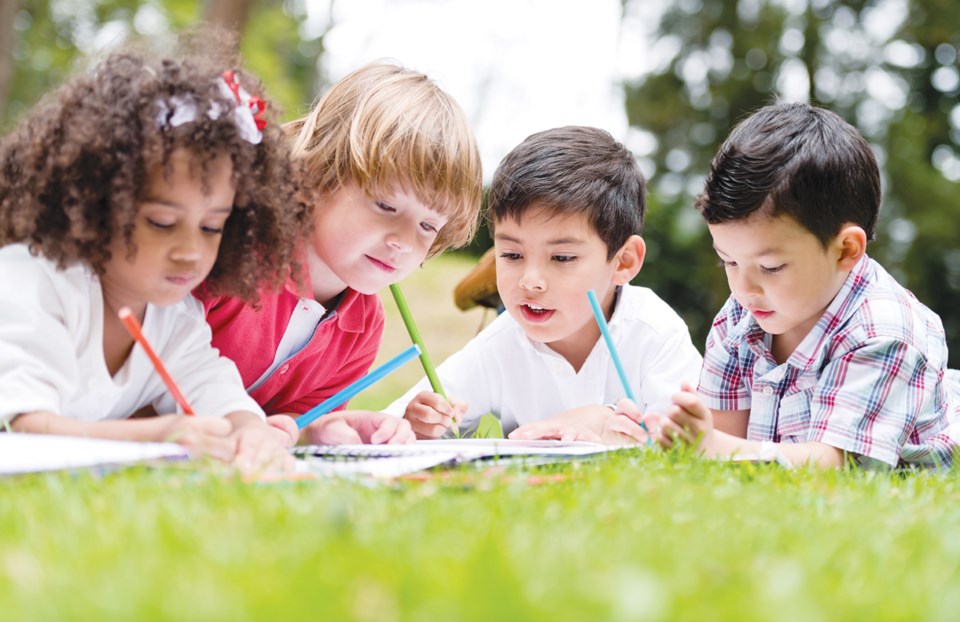 “Is my child ready for kindergarten?” It is a question almost every parent asks in the lead up to the first day of school.

A recent study showed some Squamish kids weren’t quite developmentally prepared for kindergarten.

UBC’s Human Early Learning Partnership’s Early Development Instrument (EDI) has been used to evaluate students in kindergarten in the Sea to Sky Corridor for more than a decade.

The most recent EDI done in 2016 showed many children in Squamish are lacking the social and emotional development needed to start school.

Thirty-one per cent, or 246 children, tested in the Sea to Sky School District had a weakness in at least one area. The areas tested included physical health and well-being, social competence, emotional maturity, language cognitive development and communication skills.

One of the best activities to encourage a preschool child’s development is good old-fashioned play, according to a local public health nurse.

“What we are really trying to focus on is access to free play,” said Julia Wayatt, a Squamish-based Vancouver Coastal Health public health nurse.

“Children being able to go to parks, run around, play on play equipment and have that time for free play that we struggle to get to because we are working such long hours and commuting.”

Children are often going from daycare to home and having a lot of time in front of screens, she added.

Unstructured play leads to all kinds of development in children, according to Wayatt, including muscle, brain, social and emotional development.

“The preschool years are such a highly sensitive period in brain development.” While playing, children watch other kids interact and observe how their parents are acting around other people, Wayatt explained.

Parents face a lot of pressure to over schedule children, Wayatt acknowledged.

With two parents working it is also harder to find time to let children just play.

“It is really hard to fit it all in,” she said.

Parents need to give themselves and their children permission to take a breather on weekends, if possible, and not rush around attending events, but stop and play in the yard or at the park.

She stressed that parents shouldn’t panic if their child is not developing exactly as another same-aged child is.

“They are all going through different levels at different times,” Wayatt said.

Parents can find out where their child is at developmentally at the annual Children’s Health Fair on Saturday (May 27) at Brennan Park Recreation Centre starting at 10 a.m.

“And then they have all summer to sort things out,” she said.

Concerned parents can also seek help through Sea to Sky Community Services or the Ministry of Children and Families.

The ministry has drop in opportunities Wednesday and Thursdays for child mental health.

Squamish also has plenty of free or affordable programs and resources for parents of young children. The Squamish Public Library has several programs, as does Sea to Sky Community Services.

Check the SSCS website, which lists several programs for children and every week during the summer there’s a free Child Care Resource and Referral drop in at a different park around Squamish where parents can interact and children can play.

By kindergarten a child should:

*Move from one activity to the next (from playing to mealtime)

*Able to help with simple tasks (picking up clothes)

*Not worried, anxious about where they need to be

*Free of aggression – not biting or hitting, kicking

*Be comfortable being cared for by other people

*Describe their feelings and the feelings of others

*Skip, hop and throw a ball

*Able to have some independence

*Eat a variety of foods

*Pick out pictures in a book; describe what is happening

*Speak in sentences and be understood by most people

*Count to 10 and know the ABC song

*Show an interest in reading and math