More bus shelters a possibility for the Sea to Sky Corridor

A joint federal-provincial announcement did not give details on where exactly the new shelters will be built but promised there's plenty to go around.
Mar 1, 2021 12:40 PM By: Steven Chua 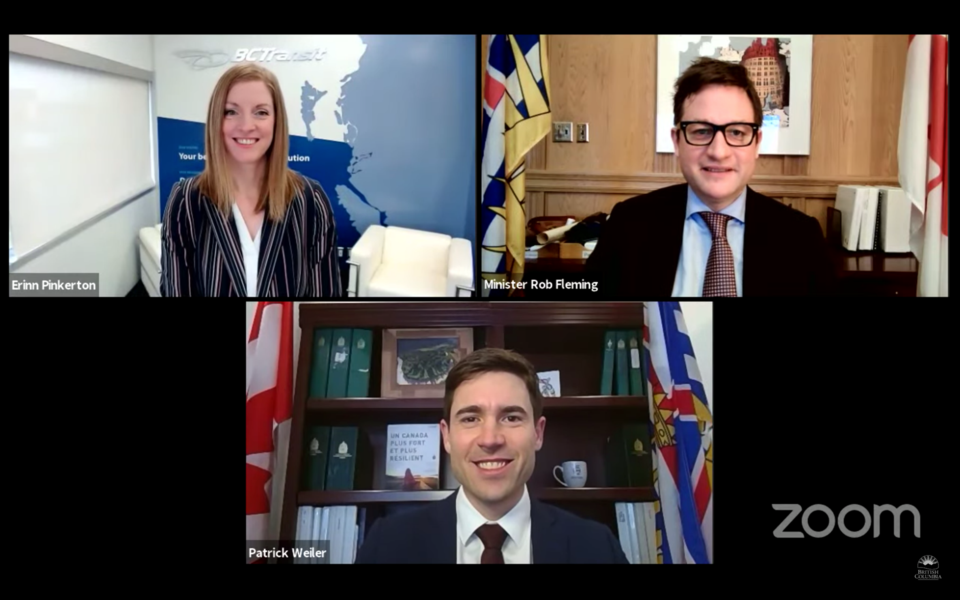 Sea to Sky residents may be waiting for their bus at new or improved transit shelters in the not-too-distant future.

The shelters will have "weather-specific upgrades" as well as better lighting and seating.

Officials noted improving public transit was key to hitting carbon reduction goals, and said improving bus shelters is a part of that plan.

When asked, officials did not say if Squamish or other specific corridor communities would be receiving some of the money, but said it would be distributed provincewide.

Pinkerton said the shelters' exact locations have yet to be determined but noted there would be 30 to 40 shelters built per year for five years.

"We get to now go and give the good news delivered to all our local government partners today who want to participate in this program," said Pinkerton.

"If we anticipate 30 to 40 shelters per year, there are lots of shelters to go around for the communities that are expressing interest."

Both Weiler and Fleming also had brief remarks regarding the possibility of regional transit in the Sea to Sky.

The local MP noted it was an important matter he was looking into.
"I very much say stay tuned there, and I absolutely appreciate the importance of improving transit throughout the Sea to Sky," Weiler said.

Fleming said the province is mandated to improve connections between communities and said there had been progress in studying links in the Sea to Sky before the pandemic hit.

"We know there's significant interest there, and as we look to build back BC stronger coming out of the health emergency, there are a number of projects and service improvements that we'll look to support as well," he said.