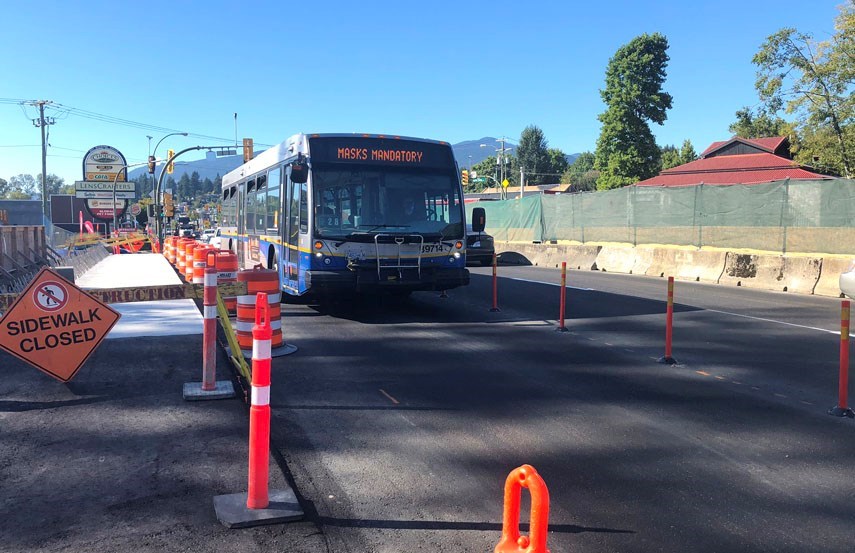 Marine Drive is set to close between Fell and Bewicke avenues this weekend as work continues on the second phase of the Mosquito Creek Bridge replacement project.

The stretch of road will be fully closed starting tonight (Feb. 19) at 7 p.m. until 3 p.m. tomorrow (Feb. 20), with all drivers required to use an alternate route, the City of North Vancouver announced.

One lane of traffic in each direction is expected to be opened by tomorrow after 3 p.m., and two lanes heading eastbound and one lane westbound will be opened by 10 a.m. on Sunday (Feb. 21).

Pedestrians and cyclists will still be able to use the southern sidewalk of Marine Drive to cross onto Mosquito Creek.

The Mosquito Creek Bridge is being replaced in order to bring it up to modern seismic standards.

The new bridge will include four lanes of traffic, transit lanes in each direction, and a multi-use path under Marine Drive connecting to the Mosquito Creek trail, according to the city.

The second phase of the project to remove and reconstruct the northern side of the bridge commenced this past September.