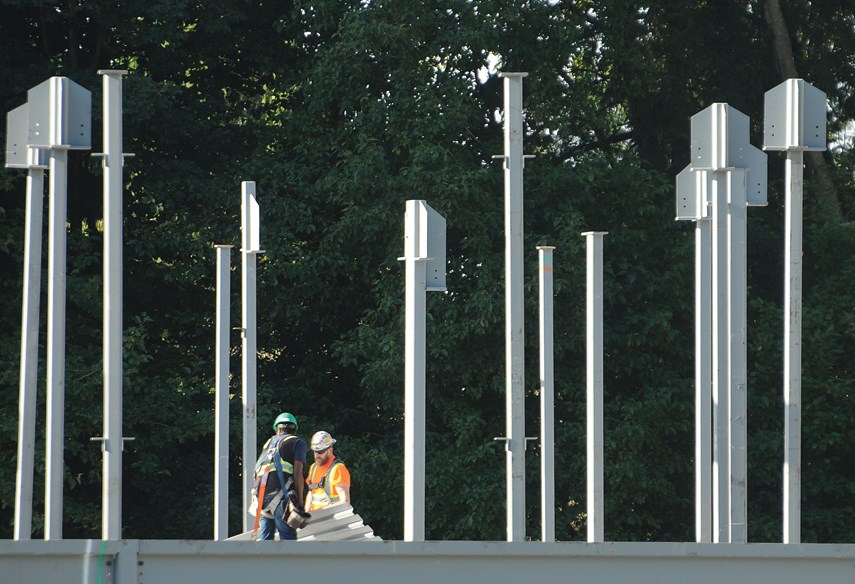 The North Vancouver School District has filed a lawsuit against the principal architects and consultants for the recently-opened new Argyle Secondary School, claiming their negligence and resulting project delays cost the school district millions of dollars.

In the suit, filed in B.C. Supreme Court last month, the school district has alleged KMBR Architects, Equilibrium Consultants and civil engineering consultants Binnie and Associates caused the costly problems by failing to incorporate key geotechnical information into final design documents and by providing slow and incomplete responses to questions posed by the main building contractor.

According to the notice of claim, KMBR and its sub consultants chose to ignore several recommendations of a geotechnical report that had recommended preloading the eastern portion of the site and inadequately designed structural support for the foundations on that part of the new school.

A fixed-price contract of just under $52 million was awarded to DGS Construction in May 2018, with a requirement that the school be ready by March 15, 2020, and that demolition of the old school be complete by August 2020.

But problems began soon after construction started in July 2018, according to the lawsuit.

During the first phase of construction, DGS gave the school district notice that delays and extra costs could be expected because of several factors, including incorrect design details and poor soil conditions in areas of the site. Requests for information weren’t being answered, DGS told the school district.

Eventually the school district had to hire another consultant to come up with a way to get the school finished on time.

The school district also had to demand that one of the principals of KMBR who had been handling administration be replaced by another person with the company in early 2019.

But the project continued to be delayed, and was finally completed in December 2020.

Eventually in January of this year, the school district paid DGS another $957,000 for added costs of the additional four-month delay, according to the statement of claim.

The school district is seeking damages, including the more than $4.5 million in additional contract costs paid to DGS Construction, costs of hiring a consultant to try to fix the problems, and inflationary costs associated with project delays, among others.

None of the companies named in the lawsuit has filed a statement of defence yet.

When the Argyle rebuild was first announced by the province in June 2016, the project was pegged at $49.2 million, with $37.65 million coming from the province and the school district chipping in $11.56 million from proceeds of the sale of school properties.

The province later approved an extra $12 million to deal with extra costs on the rebuild.

In the spring of 2019, trustees approved an additional $4 million for the Argyle rebuild, followed by an additional $1.5 million in the fall of 2019.

In a second lawsuit, also filed in March, the school district is also suing McFarland Marceau Architects Ltd., DGS Construction Ltd., Flynn Canada Ltd. and Midway Glass and Aluminum for what the district alleges is faulty construction of a new building at their Cheakamus outdoor school near Squamish.

According to the notice of claim, the district entered a contract in September 2011 to build a new LEED-certified two-storey heavy timber building on the site, at a cost of $5.765 million.

The project, to be used for both outdoor educational programs and for rentals to outside groups, was substantially complete in June 2012.

In the school district’s lawsuit, it alleges the problems were caused by “either poor design or poor construction.”

The school district is suing for damages including the costs to fix the problems, the costs of hiring engineers, loss of rental income from the building, and other costs.

None of the companies named in the lawsuit has filed a statement of defence yet.

This centuries-old red cedar log will be carved into a Welcome Figure for a North Van school
Mar 20, 2021 1:35 PM
Comments