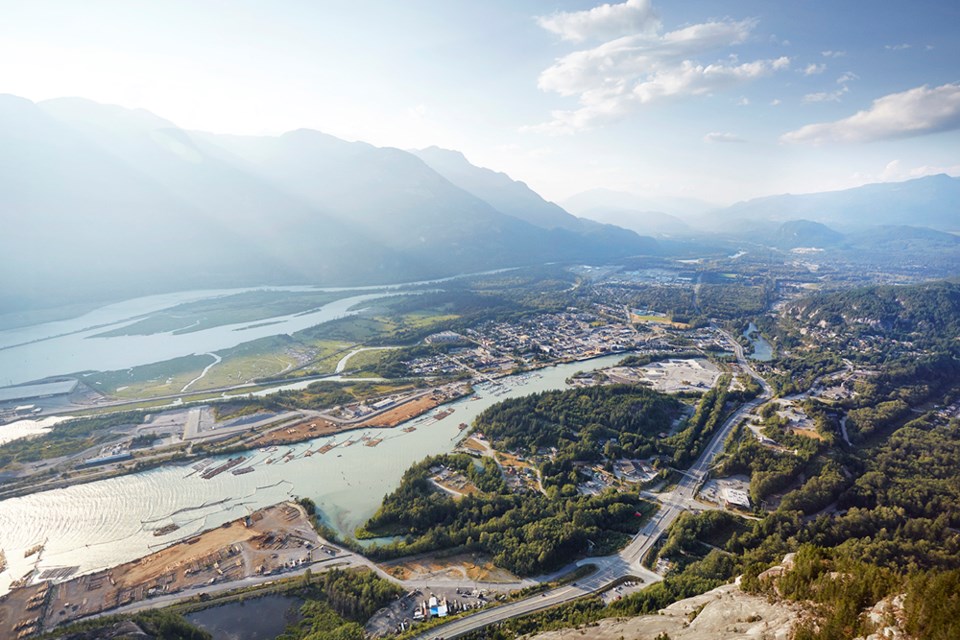 District council decided June 8 to move its proposed changes to zoning on the Oceanfront Squamish development to the final stage.James O'Neil:Getty Images

After an almost-silent public hearing, District council decided to move its proposed changes to zoning on the Oceanfront Squamish development to the final stage.

On June 8, a public hearing was held for the proposed zoning changes to the Oceanfront project that included stipulations for dedicating public roads, additional employment space and environmentally-friendly mass timber buildings.

Regarding roads, this means that there will be roads in the development that will be District property rather than private streets managed by the strata. It will guarantee public access to these places.

The zoning changes will increase the amount of allowable employment space, mainly with respect to office and industrial uses.

There was also an increase in density to the area that would compensate the developer for lost space resulting from the dedication of public roads.

During that hearing, the sole speaker was a representative of Matthews West, the company behind the project.

Carlos Zavarce, director of development at the company, spoke in favour of the proposal.

He noted it took years of collaboration between District staff and the company to create the amendment.

"We're incredibly proud to be in a company working on this project and that I am personally elated to see the increase of activity on site," said Zavarce.

He said it would improve the strong foundation of the sub-area plan.

"The result of this [is a] zoning bylaw now that aligns with the overall master plan that we've completed for the site, creating a really clear path forward to development," Zavarce said.

Those on council appeared to have similar sentiments.

"I think these are changes that would make what I thought was good zoning even better and comes into also some more current standards and goals and aspirations of the District and the community," said Coun. Doug Race. "So I think they will certainly improve our development of the Oceanfront."

"The dedication of public roads, increase in employment space, and facilitating the mass timber construction, I think, are all really positive for our community," she said.

In other Oceanfront news, on Tuesday, June 15, Squamish council will deliberate on a development permit with variances for an Oceanfront Squamish development presentation-centre that will include a restaurant with the potential for a brewery.

The District announced that there will be trucks hauling materials on the Oceanfront property between June 14 and mid-October.

For the latest construction updates and closures, check oceanfrontsquamish.com/stories.