Richard Hoshino youngest ever to receive Adrien Pouliot Award for excellence in math education
Sep 1, 2017 8:22 AM By: Jennifer Thuncher 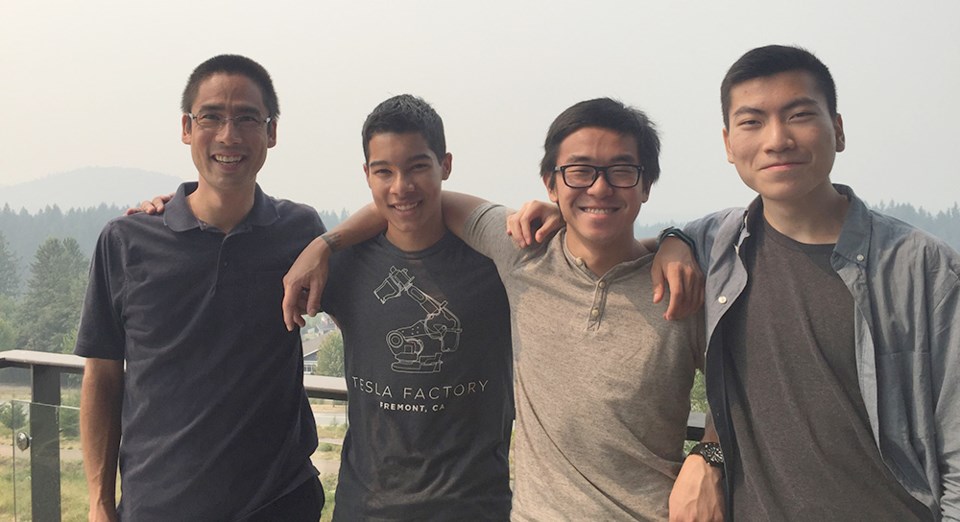 A humble and unassuming Quest University professor has received an impressive national award.

Richard Hoshino, 39, has won the 2017 Adrien Pouliot Award, the Canadian Mathematical Society announced on Friday. He is the youngest person ever to win this award since it was first presented in 1995.

“I have been mentored by these award winning professors who have won the exact same award as I will be receiving and so for me as a 39 year old, to be considered in the company of these remarkable educators… I am so thankful,” the soft-spoken Hoshino told The Chief.

The award recognizes those who have made sustained and significant contributions to math education in Canada.

Hoshino was nominated by fellow Quest professor and his mentor Glen Van Brummelen, which made the honour all the more special, Hoshino said.

“He has been such an inspiration and a role model to me as the younger protégé. He treats me like an equal,” Hoshino said.

Hoshino stressed he sees the award not as a personal prize, but rather a way to promote Quest University and a new way of thinking about math.

“How with inspired teaching, students can develop the confidence, creativity and critical thinking skills that are so essential in life and how math more than any other subject develops these skills,” he said, explaining what he hopes attention to the award will showcase.

Hoshino said he has always worked to provide the math education he wishes he had received as a student.

Over the course of his 17-year long teaching career, Hoshino has reached thousands of students. In addition to being a beloved Quest professor, Hoshino previously started two math outreach programs in Nova Scotia in 2002 that still exist today; has made numerous school visits to promote a love for math, including 17 high school visits in Squamish last spring, and he has also put on professional development courses for more than 100 secondary school math teachers.

“I love the subject of mathematics,” Hoshino explained simply.

He grounds his teaching in real life problems that matter to students, he said.

“It takes so much work to teach this way, but I have created all of my courses to have this type of impact.”

Three of his Linear Algebra students recently created an optimal employee scheduler for the Squamish Public Library, an example of the real life work he has his students tackle.  In the simplest terms, what the students did for the library was take into account all the hard constraints of the staff and the employer and then use math to arrange the shifts for nearly a dozen part-time employees in an optimal way.

“We are so fortunate to have skilled and enthusiastic people like Richard Hoshino in our community,” said Hilary Bloom, director of library services. “His willingness to jump in on this project and use his expertise to work with the library staff to create a scheduling solution has improved the scheduling process for us tremendously.”

For Quest student Edward Zuo, who worked on the library project, the problem with typical math classes is that students don’t get to engage with real-life problems.

“Through taking multiple classes with Richard, he really showed me this very powerful way of thinking about math. Really it is just a system to draw data from everything and then you can generate a tool – a math wrench – to solve any problem you want to solve,” he said.

“It is like teaching a mechanic to become a mechanic – give him a wrench and go work on something.”

Hoshino will officially receive the Adrien Pouliot Award in a ceremony at the 2017 Canadian Mathematical Society winter meeting on Dec. 9, in Waterloo, where he coincidentally received his undergraduate degree.