Firefighters accessed the fire through newly installed gates on Bailey Street.
Apr 17, 2021 9:40 AM By: Jennifer Thuncher 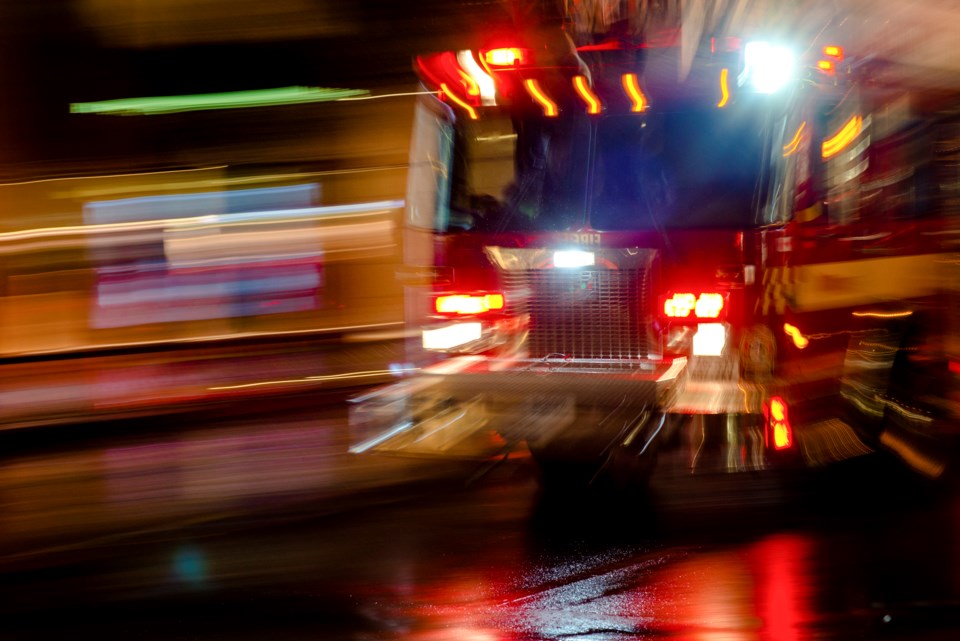 Did you spot the smoke coming the Dentville area on Thursday night?

It was a pile of rail ties on fire.

Two fire trucks and a command vehicle were on the scene.

No injuries were reported from the fire.

Foote said the newly installed emergency access gate on the gravel section of Bailey Street was opened near the Spit access road by the fire department without issue. The gate was re-locked after the fire.

CN Rail was notified of the incident, according to Foote, but did not have a representative on the scene.

A CN spokesperson told The Chief that a representative was sent to the fire site, but arrived after Squamish Fire Rescue had left.

The cause of the blaze is not under investigation by Squamish Fire Rescue as the property is under federal jurisdiction.