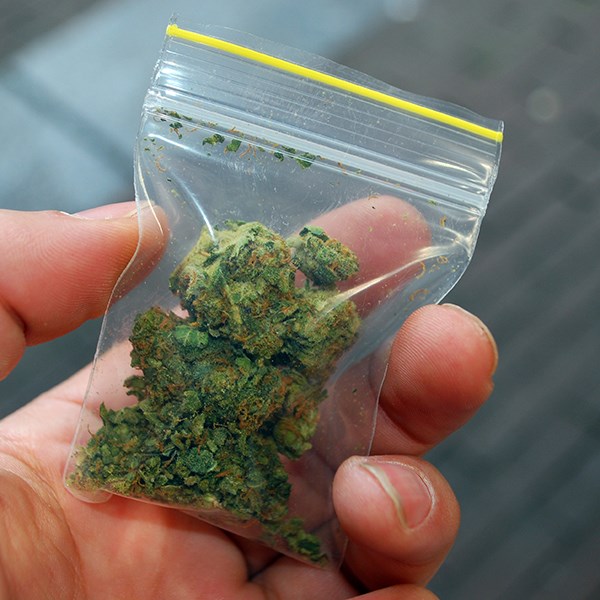 Bryan Raiser, who owns the Squamish 99 North Medical Cannabis Dispensary in downtown Squamish, says the City of Vancouver is on the right track in terms of proposed regulations for its now 80-plus dispensaries.

This week, staff at Vancouver city hall put forward a proposal to create a new business license category and a zoning requirement for all retail marijuana-related businesses.

“I think it is an absolutely phenomenal thing,” said Raiser, who operates his dispensary as a resource centre since the RCMP sent him a letter earlier this year advising him to shut down his dispensary.

“I would love to see a framework [in Squamish] that I can work into.… I want to see this legitimized and I want to be able help people without fear of persecution,” he said.

Under the proposed rules for Vancouver, pot shops would be charged an administration fee of $30,000 per year and up to $5,000 a year for a licensing fee, depending on the shop’s square footage.

Shops would have to be located outside a 300-metre radius from schools and community centres and would not be allowed to sell edible goods or oils.

The move to regulate the shops comes after the number of dispensaries in Vancouver mushroomed to over 80 from 60 in the past four months, according to a news release from Vancouver city hall.

Raiser said he will wait to see the final proposal after it goes before Vancouver council and to public hearing, but he isn’t sure he supports location restrictions.

“We have liquor stores closer than that to schools,” he said.

While medical marijuana storefront businesses are illegal under federal law, the Vancouver Police Department has not been enforcing that law.

The federal government was quick to condemn Vancouver’s move towards regulation.

“The courts have ruled some Canadians should have access to dried marijuana for medical purposes, so Health Canada has set up a very rigorous regime to regulate that. But storefront dispensaries are something very different – they’re not part of the Health Canada plan in any way,” Health Minister Rona Ambrose said during a news conference Friday.

Ambrose said she was appealing Vancouver Mayor Gregor Robertson to reconsider regulation of medical marijuana, “because I think it sends out a bad message to kids,” she said.

It is an argument that frustrates Raiser.

“When it comes down to it, it doesn’t make any sense,” Raiser said of the federal government’s opposition to storefront dispensaries.

“This actually highlights very well how far removed the federal government is from the people that they are supposed to be dealing with. They are so far removed, they don’t see the suffering,” he said.

Raiser argued that if the current federal system was working, dispensaries would not exist. “It is really sad that the federal government would want to spend resources going after sick people,” he said.