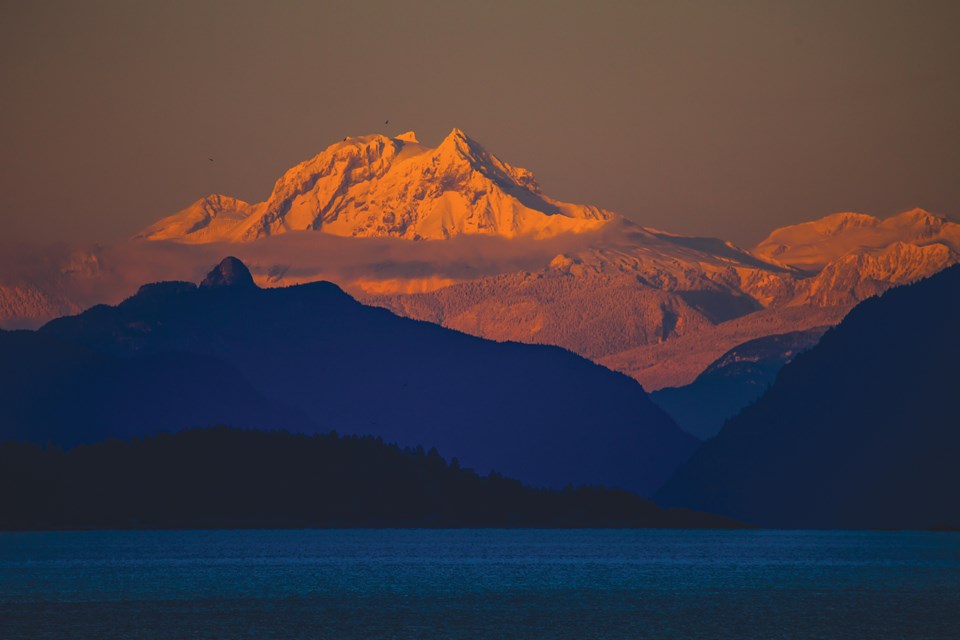 Mount Garibaldi sits on the traditional territory of the Squamish Nation, and until settlers arrived, the mountain was named Nch’Kay.

Jazmyn Williams says that she, along with four other students at Sea to Sky Learning Connections School, worked on the initiative to reclaim the mountain’s traditional name.

The fact that Mount Garibaldi was known as Nch’Kay since time immemorial but was then renamed by settlers is disrespectful to the Squamish Nation, says Jazmyn.

She says that the students involved believe that reclaiming the mountain’s original name ‘Nch’Kay’ would be a sign of respect and be an important step to reconciliation for the community.

Almost everyone who was part of the school’s Aboriginal Youth Group was involved with the initiative, says Jazmyn.

The students’ initiative began in Jennifer Mansour’s humanities class when students were tasked with addressing an issue that affected the Squamish community.

The assignment is part of the school’s emphasis on project-based learning according to Mansour.

Jazmyn’s mother Charlene Williams, a cultural language worker with the school, offered a few suggestions the group of Squamish Nation students could explore that centred around the topic of reconciliation.

Charlene says that she sees the initiative as an important step toward reconciliation. Charlene said that Nch’Kay has deep historical significance for the Squamish Nation – during the great flood, the Nation anchored its canoes to the mountain to survive and as such it shapes who they are and why they are here.

She went on to say that it “is an insult” that Nch’Kay was renamed by settlers in honour of Giuseppe Garibaldi, a man who had never even set foot in Squamish, let alone on the mountain.

The students worked with the idea and eagerly began developing an action plan, says Jazmyn. The first step was petitioning, and collecting signatures in the community, from there the students prepared their argument and took it to Squamish council.

Heintzman told The Chief that she, along with council, decided to support the initiative because reclaiming the iconic mountain’s traditional name honours the Squamish Nation’s language and significance to the area.

Additionally, she says that it helps make every member of the community, First Nation and settlers alike understand and appreciative the history of Nch’Kay.

The District of Squamish requested letters of support from other levels of government. Pamela Goldsmith-Jones, Member of Parliament for West Vancouver – Sunshine Coast-Sea to Sky Country, responded with a letter of support. The letter says that the students’ initiative to reclaim the traditional name of Nch’Kay “demonstrates our truth and reconciliation path, and can set an example for others across Canada.”

Heintzman says that she wants to recognize the autonomy of the Squamish Nation students leading the charge on the initiative and as such council “will do whatever we need to do to support it.”

At this point, Jazmyn says that she is no longer involved with the initiative and it is in the hands of the Aboriginal Group.