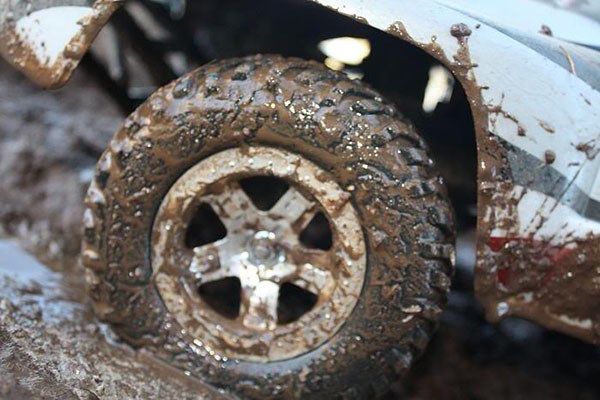 Approximately 200 campers found themselves stranded after a portion of the Squamish River Forest Service Road washed out late Saturday (June 28).

“The washout on the Squamish River Forest Service Road at Mud Creek has been repaired and the road is now open again,” she wrote in an email on Monday (June 30).

Ministry staff were alerted to the washout at 8 a.m. on Sunday (June 29). Most of the people caught on the north side of the slide were well equipped, Thomas said, noting many of them had supplies for an extra long weekend as a result of Canada Day landing on Tuesday.

Police and other personnel assisting with the incident helped those who really needed to leave get across the muddy terrain, Thomas noted. However, because of concerns about the possibility of a re-occurrence, rescuers asked that people stay put.

“I think most people up there are kind of happy to have an extra day off,” he said.

Two years ago, 10 people found themselves trapped in the Upper Squamish Valley after the road washed out in the same place. The previous slide took place in November while water levels were on the rise.

Washouts at that point in the forest service road are a semi-regular occurrence, Dave Southam, the Squamish Forest District’s operations manager told the Squamish Chief at the time. After a heavy rainfall, debris from Mount Cayley flows down Mud Creek and either sweeps the road out or blocks it off. The ministry pays for repairs to the road when that occurs, he said at the time.