SD48 holds off on advocating for priority vaccinations for its staff 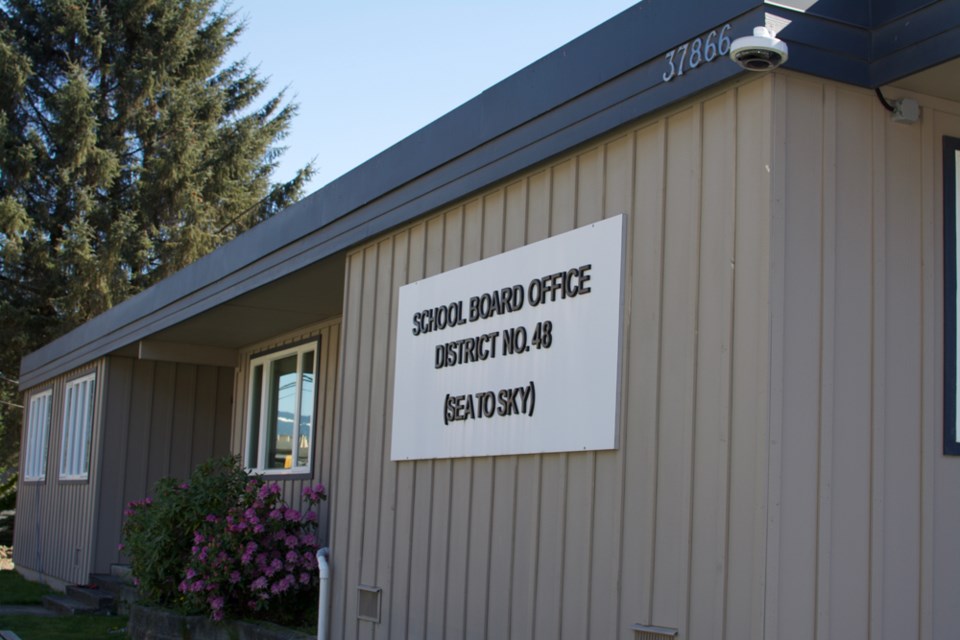 Do you think the school board should have written an advocacy letter? Tell us why or why not with a letter to the editor (editor@squamishchief.com.)Emily Rice

SD48's board decided against writing a letter to Vancouver Coastal Health that would've urged the health authority to increase their vaccination efforts in the Sea to Sky School District.

On April 26, the board voted against writing a letter to the health authority asking that all SD48 employees be prioritized for shots at the mass vaccination clinics being held in the Sea to Sky between now and May 10.

Three trustees were in favour of writing the letter. They were Celeste Bickford, Cynthia Higgins and Ian Kent.

Bickford, who put forth the motion, said it was appropriate given that the Squamish area has been designated a high-risk zone for COVID-19 transmission.

"I think it's appropriate for us to do some advocacy, and I think we must," said Bickford. "They can say yes or no, but I think now is the time to let them know."

Trustee Barley said she was opposed to the idea, as she believed authorities have already been making their best effort.

"I think that Vancouver Coastal Health has been doing a fantastic job," said Barley. "I am satisfied with all the evidence that supports the rationale that they have provided."

She said since it's estimated about three-quarters of staffers in the school district have been vaccinated, the process seems to be moving along.

"I am satisfied and I am proud of the work that our district has been doing," Barley said.

Trustee Lythe was also opposed, as she said she was more than confident in the work of authorities.

"I don't believe that this is the right move at this time," said Lythe. "I certainly care about our staff and frontline people and want this to happen as soon as possible as well. But putting more pressure on Vancouver Coastal Health, who has enough on their plate, as well as our staff — I don't think this is the right time for that."

Trustee Higgins said she agreed that SD48 staff and VCH have done a good job.

However, she wondered if SD48 might be left further back in line if the board fails to advocate for this school district while other groups advocate for theirs.

"In us not doing any advocacy does that leave other groups the opportunity to jump ahead of us?" said Higgins.

"I think a kind, well-worded, non-threatening letter wouldn't really do any harm, especially in that we're not asking for that many additional people to be vaccinated, and we're not really asking that it be immediate."

Price, the board chair, said he was against the motion, because the school district's official position has been that public health officials are the most qualified to manage the crisis.

"My fear with an advocacy letter such as the one that's proposed is that it would seem to be saying — not only to Vancouver Coastal Health or the public health officers — that we no longer regard their decision-making as the best, and that we know something that they don't," said Price.

"That concerns me, because it would be a very significant change in direction for this district at this late stage of the game."