Sea to Sky Gondola to reopen with own security team 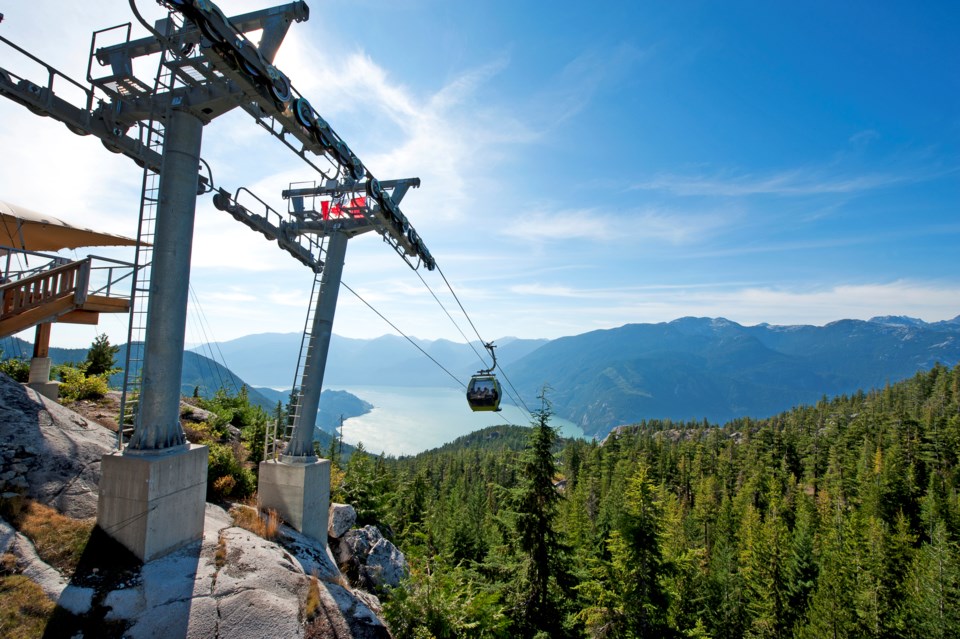 The Sea to Sky Gondola will be open to visitors again on June 11. pilesasmiles/Getty Images

If you want a job done well, you have to do it yourself.

As the Sea to Sky Gondola looks to reopen on June 11, its general manager says that the biggest takeaway from the second act of sabotage is that security needs to be taken care of in-house.

“Nobody else knows your business or your situation as well as you do,” said Kirby Brown.

“The first time around for right or for wrong, we sort of contracted a security company to sort of look after us in a way, and there’s no disparagement of them — that’s what we did — but this time around we’ve built our own team and we’ve used lots of outside expertise, but at the end of the day, we have a security department now that’s quite credible. Just understanding that was a pivotal lesson.”

Brown recalled joking that he was now in the security business, in addition to the tourism industry.

“That’s both sad and true in a way,” he said. “It’s simply a reality and reflection of where we’re at.”

As of now, despite an ongoing RCMP investigation and a $250,000 reward, the perpetrator of the crime has yet to be found.

The estimated bill for the second sabotage is expected to be close to the $5 million that it cost last time.

Brown said that 25 of the 39 passenger cabins have since been replaced. A new haul rope has been installed, and a new security infrastructure is now in place.

As part of that infrastructure, the gondola cabins will come off the line and go into parking rails when not in operation. This is intended to prevent a repeat of the first two incidents, as the haul rope was cut during off-hours, sending the cabins crashing to the ground.

The gondola has also secured insurance through HUB International, which was the insurer during the last incident.

“You can have the highest tech stuff on the planet, but if you don’t have a team that’s constantly attuned to what that information is telling you about your situation, then it’s not really worth a lot,” he said.

It’s essential to have security personnel familiar with local topography, the community, and how circumstances change according to time of day and seasons, he said.

“I can’t tell you how many security cameras are out there that are recording footage that nobody ever watches,” said Brown. “You need to be alive to the situation minute-by-minute. and that takes people that care about it. And that’s the difference, right there...we now have a team whose — not just their job — but... passion is looking after the Sea to Sky Gondola.”

That being said, Brown acknowledges that people may still be hesitant to get on board.

“I also just want to acknowledge that for those who are just nervous about it, you know, I understand that, and we’re not out there to try and convince anybody otherwise,” he said.

“We understand that the people who are comfortable will come. We hope over time more and more people grow comfortable with coming back.”

He said that how the two cuts occurred can’t happen when the gondola is operational.

Brown added that there have since been significant safety upgrades.

Brown said that it’s been a phenomenal experience when it comes to getting back on the lift.

“It’s just beautiful, right? It’s the same and ever-changing beautiful view of Squamish that we’ve always held so dear. So it feels normal, and it feels right and it feels really good.”

Brown said that it’s all about making Squamish something that the community can take pride in.

“The sole metric for Sea to Sky Gondola’s success for me and the team is to make Squamish proud of us. So I’d like to honour the amount of support we’ve received from this community throughout the trying two years, acknowledge that everybody’s been going through a tough time,” he said.

“We’re just trying to make you guys proud of us. My final message would be the ever-enduring thank you to this town. It’s an amazing place.”