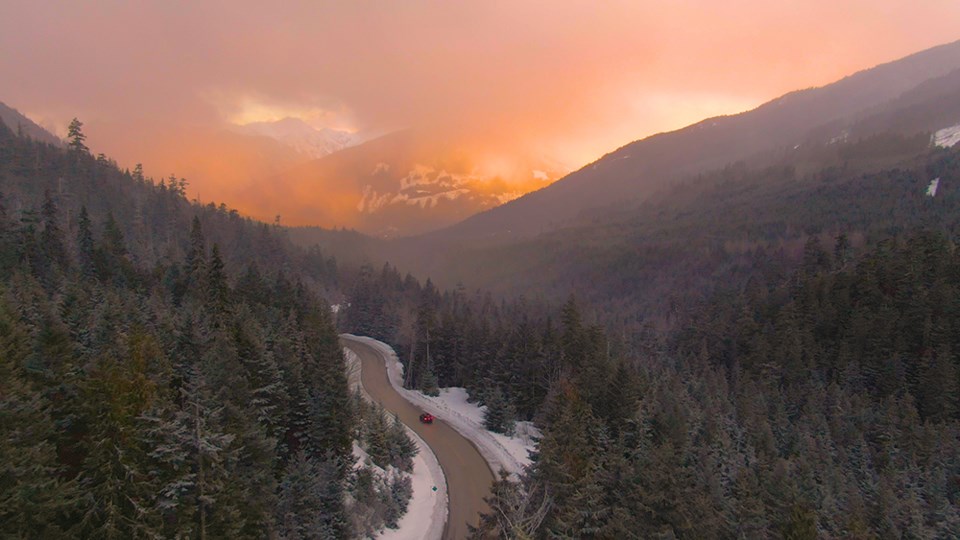 Highway 99 was closed in both directions early Wednesday evening, April 14, following a serious collision that took place between Whistler and Squamish. | File photo, courtesy of Unsplash
Highway 99 has reopened in both directions after a major vehicle incident took place between Squamish and Whistler early Wednesday evening, closing the highway for more than five hours.

The accident happened about five kilometers north of Squamish, at the Conroy Forest Service Road near the Cheakamus Canyon Recreation Area. In a tweet at around 6 p.m., DriveBC said an assessment was in progress and warned motorists to expect major delays and congestion.

Squamish police confirmed two vehicles were involved in what is, at this point, believed to be a head-on collision.

The B.C. RCMP's Integrated Collision Analysis & Reconstruction Service (ICARS) attended the scene alongside Squamish RCMP, Squamish Fire and paramedics. Police asked drivers for patience as they worked to investigate the cause of the collision.

DriveBC announced just before 10:30 p.m. on Wednesday night that the accident had been cleared.