No new schools planned but some buildings could see additions
Oct 13, 2016 1:44 PM By: Mike Chouinard 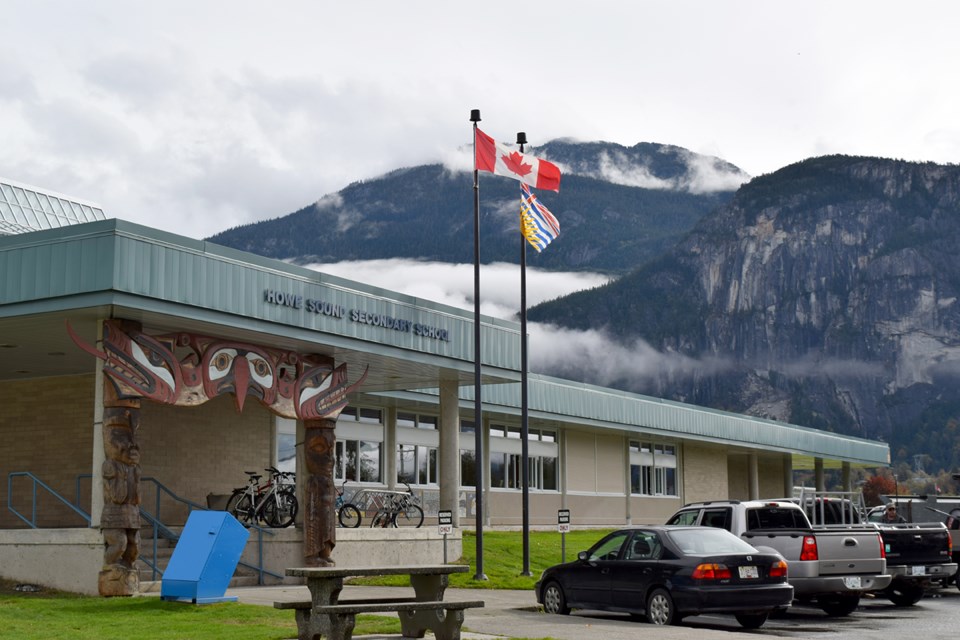 Seismic work and a biomass boiler are among some of the major projects in the latest five-year capital plan for School District 48.

Director of facilities and services Ian Currie provided a list for the board of education recently at meetings to update trustees on what the top priorities are.

The roughly $10-million seismic upgrade will take place at Howe Sound Secondary in the shops and the west wing of the school.
“The newer portion of the school is already seismically upgraded... It’s the older wing that needs to be upgraded,” Currie told The Squamish Chief.

The district has had at ongoing project shared by both Howe Sound Secondary and Squamish Elementary to install a biomass burner that will help the schools reduce their natural gas usage and environmental footprint by using waste wood chips or pellets as fuel.

“It’s a central boiler plant that will take up the heating load for both schools,” he said. “It helps the school district reduce their carbon footprint.”

The project is being phased in, with the latest phase totalling of $465,000 to be split between the two schools. For both phases, the budget will be closer to $1 million.

The district already has the boiler, container and distribution piping. It is in the process of having work done in each school’s mechanical room and still needs approval for a pad to support the boiler container.

“We still need to place the boiler, so we’ve got a permit application going into the District of Squamish,” he said.

The plant will be closer to Howe Sound, adjacent to the playing field area. At September’s board meeting, Currie told trustees there are no new schools in the district’s capital plan, though there are plans for expansion.

“We do have plans for additions at some of the schools,” Currie said at the meeting.

At present, there is a plan to increase both Pemberton Secondary and Myrtle Philip Community School in Whistler. The former is estimated to cost $5.7 million and will increase the capacity of the school from 250 to 450 students, while the latter, estimated at $2.2 million, will add space for 35 more students.

Down the road, the district will have to take into account where the future expansion will be.

“It’s looking like Squamish is where the bulges will be,” Currie said.

He told the board the district might have to use portables in the short term, though there are no portable additions planned as classroom space for schools in Squamish.

While the capital plan looks at projects planned over five years, the district reviews the plan each year in order to remove completed work, update current projects or add new items.

“We have an annual review and an annual submission of our capital plan,” Currie said. “Many of the plans would look very similar from year to year… Depending on what happens in an area… with enrolment, we would be adjusting our capital plan.”

In all, the 2016-17 plan contains 21 projects including a couple of bus replacements. The list refers only to projects for which the district has applied to the province for funding. These include building envelope upgrades, boiler upgrades, roof replacements and window replacements.