Some Squamish climbing areas to be closed until mid-August 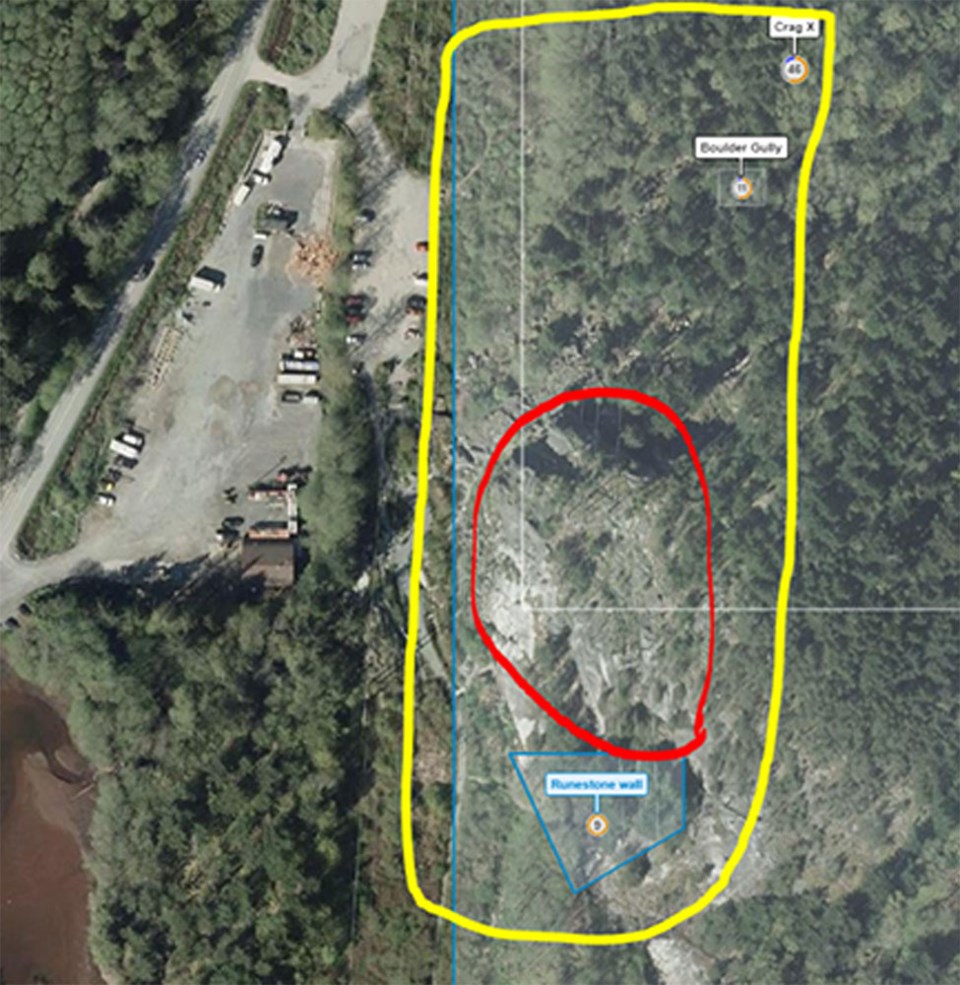 An outline of climbing areas in Smoke Bluffs Park that will be affected by BCHydro blasting.District of Squamish agenda

After the District of Squamish announced the temporary month-long closure of climbing and hiking areas in Smoke Bluffs Park, BCHydro representatives answered questions from the park select committee.

A July 17 notice of temporary closures said work to place two sets of high-voltage transmission lines could begin from July 18 through Aug. 17. Due to rock blasting required to make the 12-foot holes for the poles and the live transmission lines during the work, the area must be temporarily closed to park users.

A representative at the meeting said a helicopter will longline gear to the top of the hill. Temporary fencing will be put in place to protect the workers and prevent debris from falling. Hand drills will be used to blast, and the holes will be dug out by hand. Culverts and 95-foot poles will be installed.

The affected climbing areas are Runestone Wall, Boulder Gully and Crag X. While the blasting will close the restricted zones for five to 15 minutes during daylight and seven days a week, park users must report to the flagging personnel before entering.

At the July 18 meeting, committee members asked about damage to the rock, impact on climbs and nearby signs.

As for a sign with a map on it that was damaged, the representative said the post was rotten and full of ants. It will be fixed, he said.

Members asked if the workers could go uphill to warn anyone who might try to access the area from above.

During the August long weekend, August 2 to 6, there will be no intermittent closures.

The project is scheduled to be complete on August 17.