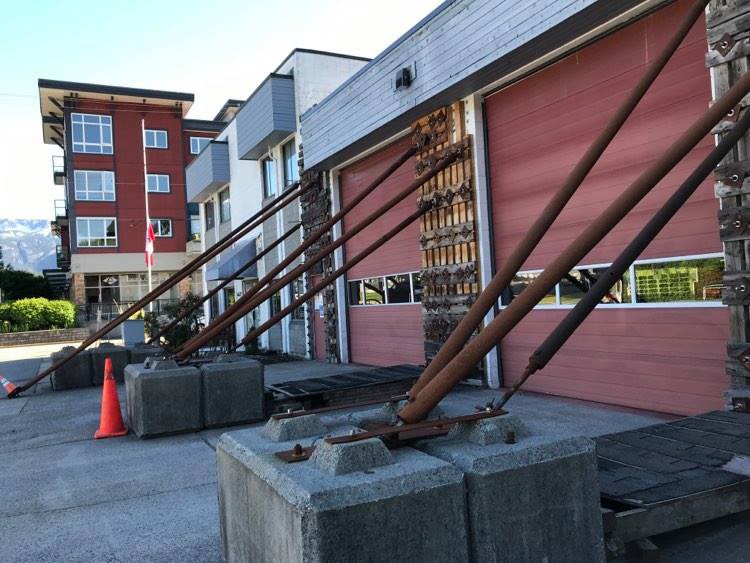 Is anyone interested in living above a fire hall?

If all goes according to plan, there’s a solid chance that the upcoming new build of the Tantalus Fire Hall will include residential units.

On May 25, the council voted unanimously in favour of allocating $939,000 to allow for the possibility of creating either housing or commercial space on upper storeys of the upcoming fire hall.

This would include either commercial space or two to four storeys of apartments that could be affordable or market priced.

The current Tantalus fire hall is an aging structure and is expected to be replaced in the future with a newer build. Construction is expected to start in 2022.

District staff told council that the idea would be to have the storeys built during the new hall’s construction while prices are cheaper, and the District could then decide in the future what would be the best and highest use.

“What it does is it puts us in a position of flexibility,” said Kal Bragg, director of facility planning and construction.

“It’s cheaper still to do it this way than it is to buy land.”

During council’s meeting, a daycare was floated as a possible use, but staff recommended holding off on this.

Elected officials reasoned a good use would likely be affordable housing, though no firm commitment has been made.

Mayor Karen Elliott advocated for this cause.

“To me, this makes a lot of sense and I know we have a lot of priorities in the Real Estate and Facilities Master Plan, but housing is a critical one and the land isn’t getting any cheaper around here,” said Elliott.

“I think that we have to always be planning in the future and there’s conversations we can be having in the background with BC Housing or through the housing hub or with not-for-profits locally with how this might work. I think it future-proofs our options.”

Coun. Doug Race said many years ago while travelling through Europe on a budget, he stayed in accommodations that were built directly above a fire hall.

“The fire department, of course, exited the building in the middle of the night and left me with an indelible impression that residential and fire hall should not mix together, but I have faith that technology and design and soundproofing and so forth has advanced now to allow this to happen. To me, it opens up a whole bunch of possibilities.”

Race said that perhaps District office space could be put on the floor directly above the fire hall and residential units could go above the office.

He said making this adjustment now is essential as retrofitting would cost far more.