If you've ever wondered how to pronounce a Squamish Nation place name on a sign along the Sea to Sky Highway, this video series will tell you how.
Apr 27, 2021 6:30 PM By: Elisia Seeber 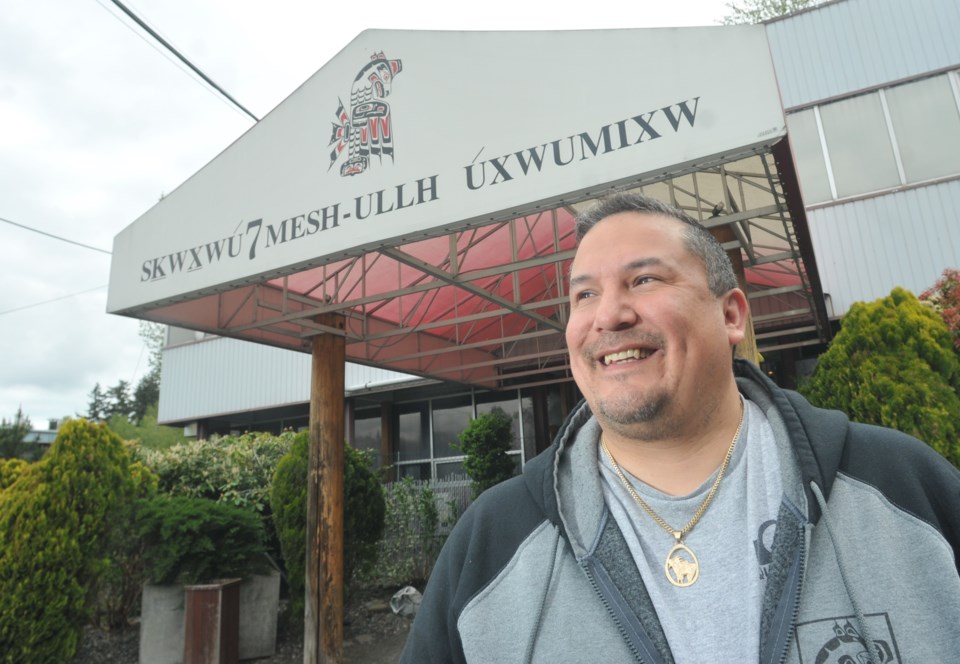 For many people who drive the Sea to Sky Highway, the way to correctly pronounce the Sḵwx̱wú7mesh Úxwumixw (Squamish Nation) place names seen on signs along the way is a little bit of a mystery.

Squamish Nation member Aaron Williams hopes to change that through a series of videos he's created. He believes in his heart that through sharing and teaching Squamish language more and more people will begin to understand “who the Squamish people are.”

Williams, a language project specialist at Squamish Nation Language and Cultural Affairs, said the department received a lot of external calls requesting all kinds of information about language, culture and territory, but one of the ongoing questions is about the Sea to Sky signs, that were created prior to the 2010 Olympics. He explained that part of the signage at that time was to create “Squamish peoples’ footprints in our own territory.”

“There have been so many people who have requested how to pronounce one or more of the signs because so many people just don't get it,” he said. “They have no idea and have never heard the Squamish language.”

A question that usually arises is, “why is there a seven in the word?” said Williams, who explained the seven does not represent a numeral but a glottal pause.

“It occurs best in the statement in English, when you say ‘uh, oh,’” Williams said.

So, for example, Sḵwx̱wú7mesh is pronounced Squ-HO-o-meesh.

It was early last month, that Williams was inspired to create the video series. He had just spent some time in the wilderness in upper Whistler, reconnecting and grounding himself.

“On my way home, I had the idea,” he said. “I thought, you know what, I'm going to take pictures of every single sign on the way down from Whistler to North Vancouver, and I'm going to make a video."

Williams stopped to take pictures of 27 signs along the highway on March 10, saying it was “such an excursion” and he had to be “quite bold” and pull over and stop on the side of the highway to get a good shot of each sign.

After snapping the photos, he split the signs into a series of four videos and released them consecutively through March on the Squamish Nation Language and Cultural Affairs Facebook page. Each video shows the sign and then has a voice-over by Williams pronouncing the Squamish language word.

“The hope was making these videos aligns with my intention to produce an outcome for all people, province wide, who travel the Sea to Sky Highway to get in touch with making the sounds of the Squamish language,” Williams said. “To hear the intonation occur and to experience what it feels like to speak in the Squamish language.

A deeper meaning behind the name

Further to this, Williams, who has been speaking the language for more than 30 years, said every place that has a Squamish name is a result of “something that happened to our people culturally or spiritually.”

The 41-year-old said the Squamish people had four stories that anchored them to their territory – which stretches 6,732 square kilometres from Vancouver to Gibson's Landing to the area north of Howe Sound – the creation story, the ice age, the great flood, and first contact.

“Those names that you see in that video are coming from the time of creation from our people passed down by our elders. These names that we're talking about here are that old. They weren't just thought of and created like 10 months ago.”

Place names are significant in Squamish culture, because to know who you are, you have to know where you come from, said Williams.

“That's how we identify with ourselves and the land that we're from,” he said.

Another example he used was Ch'iyákmesh spelled out in English as Cheakamus.

“Ch'iyákmesh, when you break it down, the first part Ch'iyák means fish weir and the m, e, s, h, ‘mesh’ is the suffix for people. So, when you translate Ch'iyákmesh it means people of the fish weir.”

'I feel a sense of inclusion now'

While the videos don't offer the explanations behind each word, Williams hopes they inspire viewers to dig a little deeper into Squamish history and culture. Since launching the videos, Williams said the department had received a lot of positive feedback, gratitude, and genuine interest in their language.

“People were so grateful to hear the words be enunciated,” he said.

And, overall, his goal to include Squamish language in more and more British Columbians’ everyday lives is going quite well.

“Sitting here, a month later, I feel a sense of inclusion now,” he said. “There's more and more inclusion in terms of interpersonal conversation about us, as a people.

“I feel that having just these four videos has created a different narrative about who Squamish is, and where Squamish resides.

“We're being acknowledged more in a sense of that we are here, that we're still here, and that we still have language, we still have an identity, and we still exercise that culture.

“Our identity is included now in people's everyday lifestyle.”

All four videos can be watched on the Squamish Nation Language and Cultural Affairs Facebook page or watch part one on YouTube.

How this young Squamish Nation woman is making a big difference in her community
Feb 24, 2021 8:05 AM
Comments