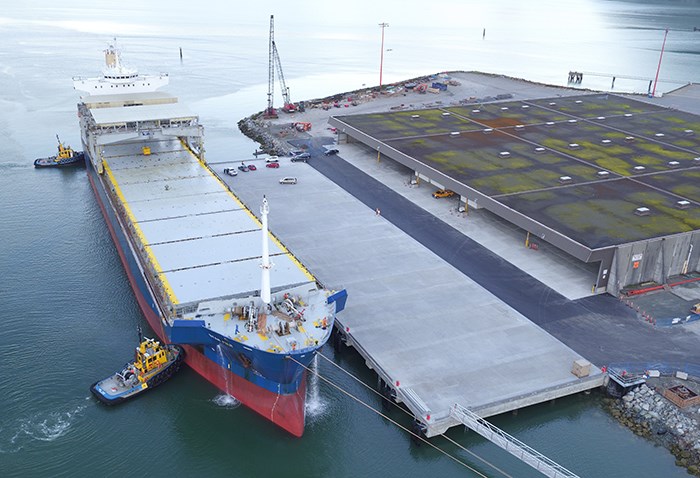 The Star-Fuji arrives at Squamish Terminals, which has its east dock officially back in action after being rebuilt due to a fire in April 2015. The new dock is constructed entirely of steel and concrete.

About 120 high-capacity, heavy steel pipe piles were used to support all the structures, and the deck was designed for modern terminal cargo handling equipment.

The main deck is about 135-metres long and 33-metres wide. Ground densification was also undertaken to bring the structure up to current seismic requirements, strengthening its reliability in the event of an earthquake.