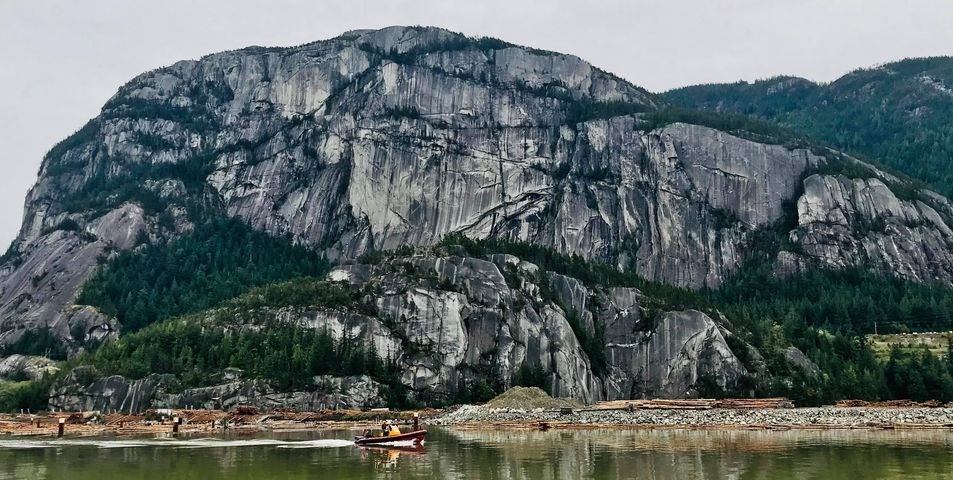 While Squamish ground search and rescue crews were not called upon over the Easter long weekend, our marine rescuers were.

The women, who are not believed to be from Squamish, got caught in the quickly-increasing wind and waves, according to RCMSAR Squamish station leader Mike Sheehan.

The paddlers' sunny evening trip developed into an emergency when the kayak overturned, and one could not make it back into their kayak.

The pair were nine nautical miles from Squamish at the time of the rescue.

"For kayaking, it was quite rough — it was two to three-foot chop, and she was having a hard time. Once you are in that water, it can be debilitating rather quickly. It doesn't take long to run out of energy when you are trying to get up onto an unstable platform like a kayak in those temperatures. It doesn't take long to become exhausted," Sheehan told The Chief.

The woman had been in the cold water for 30 minutes by the time the rescue boat was sent out, and another 27 minutes from the pager alert until the four Squamish rescue volunteers got to them, according to Sheehan.

"Hypothermia was definitely a concern, and the quick actions of the SAR crew had the subjects recovered and delivered to BC Ambulance at Porteau Cove in a minimal amount of time," Sheenan wrote on the RCMSAR's Facebook page.

The call came just as Sheehan was sitting down to Easter dinner.

"I was quite pleased with our response time," he told the Chief, adding this was the first major call of the season.

He noted the women were prepared for their trip.

He said that weather conditions change quickly in Howe Sound and the water is especially cold in the spring.

Boaters should check the Transport Canada website for the safety equipment required on board.

Carrying a handheld Marine VHF radio when paddling will ensure assistance can get to boaters much faster in an emergency, Sheehan said.

If you are using a cell phone on BC waters, *16 or #SAR will connect you to the Canadian Coast Guard or the Joint Rescue Centre directly.

Sheehan said that he expects this summer to be busy out on the water, noting that more and more watercraft are heading onto Howe Sound.

With COVID-19 restrictions expected to continue, thus keeping people from travelling out of the country or province, many will likely be in town for recreation.

"The donations we have had to date have been extremely helpful in allowing us to remain rescue ready, and, case in point, on Sunday, the crew and the vessel just ran absolutely fantastic to do a textbook rescue."