YMCA says pandemic has pushed it into a hard financial position
Jan 21, 2021 6:13 AM By: Steven Chua 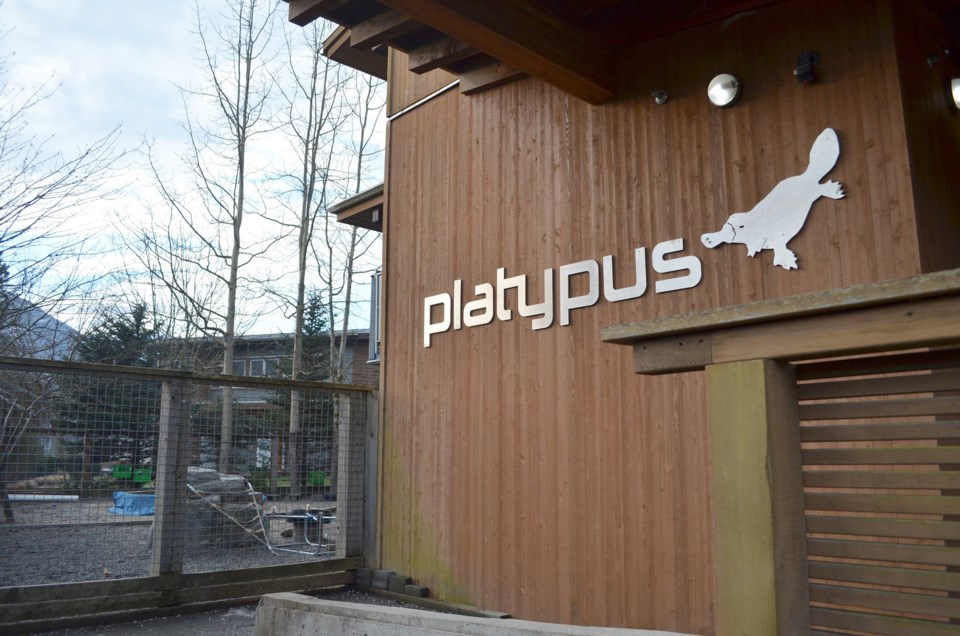 The Platypus YMCA Childcare centre is expected to shut down by the end of June this year, leaving at least some parents wondering how they’ll make ends meet.

Trevor Van Dent is one of those parents.

He’ll need the daycare for his son until this September, and his daughter will need the care for two more years.

“It’s frustrating. I’ve lived in Squamish for about four and a half years now. The minute we moved to Squamish, we started putting our names on the list for childcare, because we heard it was tough,” said Van Dent. “And my son will be turning five at the end of January, and we will be on the sixth daycare for him.”

He said in his experience, this will be the third daycare that closed its doors. He left the other daycares because of scheduling issues.

Van Dent said that he’s still on the waitlist for some schools, which he applied to about four years ago.

He added that if he can’t find sufficient childcare in time, he and his family may have to move out of town.

On Jan. 15, the YMCA told families and staff that the Platypus centre will be shutting its doors on June 30.

The VP of children and youth services for the YMCA of Greater Vancouver told The Chief that the organization became the operator of Platypus three years ago.

Cathy Poole said that throughout this time, there were significant expenses, forcing the association to operate at a loss for three years.

“We know it is common for new child care centres to not pay for themselves during the first couple of years of operation,” said Poole in a written statement. “The benefit of a large-scale child care operator like the YMCA, is that we are typically able to keep those programs afloat despite the financial loss.”

However, all of that has been complicated by the pandemic.

COVID-19 forced temporary closures for several YMCA facilities, meaning that money from those other programs could no longer be used to keep Platypus afloat, she said.

Subsidies from the province and federal government have helped keep the lights on, but this assistance is expected to end in June, Poole said.

“Therefore, the YMCA wanted to be proactive and inform the property owner now that we can no longer operate the program after June,” she said.

“This provides the landlord six months to try and secure another child care operator to take over the program. The YMCA knows how much the families in Squamish rely on child care services, and deserve quality care. Unfortunately, the YMCA is not able to keep the program running as we continue to experience the financial implications because of the pandemic.”

For another local parent, the daycare’s closure will be “devastating.”

Rebecca Drew said it took 2.5 years on the waitlist to get into Platypus.

Drew said that losing a spot in the daycare will force either her or her husband to stay at home full-time.

This compounds a blow that was dealt to Drew’s business by the pandemic.

As a physiotherapist, it took her a while to rebuild her clientele after the first wave of COVID restrictions locked many businesses down.

The daycare’s closure might force her out of her job. And if she wants to re-enter the workforce, she may have to build up her clientele all over again.

She said she noted a big difference in her children’s disposition when they were locked inside during the first wave, compared with how they are now that they can see their peers again.

“I feel like it’s quite hopeless to find somewhere else,” she said.

The YMCA said that the decision has been a hard one.

“This difficult decision has nothing to do with the staff or quality of care that was provided to families,” said Poole.

“Our Platypus YMCA Child Care staff are amazing, loved by the families and children, and have provided quality care from day one. Throughout the pandemic, the staff have risen to a very challenging time, demonstrated great leadership and the Y is grateful for all their efforts. We are committed to supporting all the Platypus staff during this very tough time.”

The need for childcare is not lost on the District of Squamish.

According to statistics compiled by the municipality, Squamish has only 21 daycare spaces for every 100 children aged 12 and under as of 2019.

By the District’s count, this equates to 817 licensed spaces across the community, for a child population of 3,740 children up to 12 years old,

"This is terrible news for the families affected and I know it will cause them stress and anxiety,” said Elliott in a written statement sent to The Chief.

“The lack of child care spaces in our community is a crisis and one that can’t be solved easily or quickly and so losing a centre like Platypus is a blow to our community and will impact families, employment and more disproportionately, women.”

She called on the province to deliver on its promised universal childcare program, which is expected to institute $10-a-day daycare, increase spaces and shore up the numbers of early childhood educators.

“The best-case scenario is that another daycare provider will take over the space to avoid any disruption of service, and our staff are following up with the YMCA to ensure we understand the factors contributing to their closure in order to ensure our efforts locally create the best opportunity for success of child care operators,” Elliott said.