Squamish’s school officials said Indigenous students are overrepresented in the course, which is hampering their post-secondary options.
Mar 11, 2021 4:01 PM By: Steven Chua 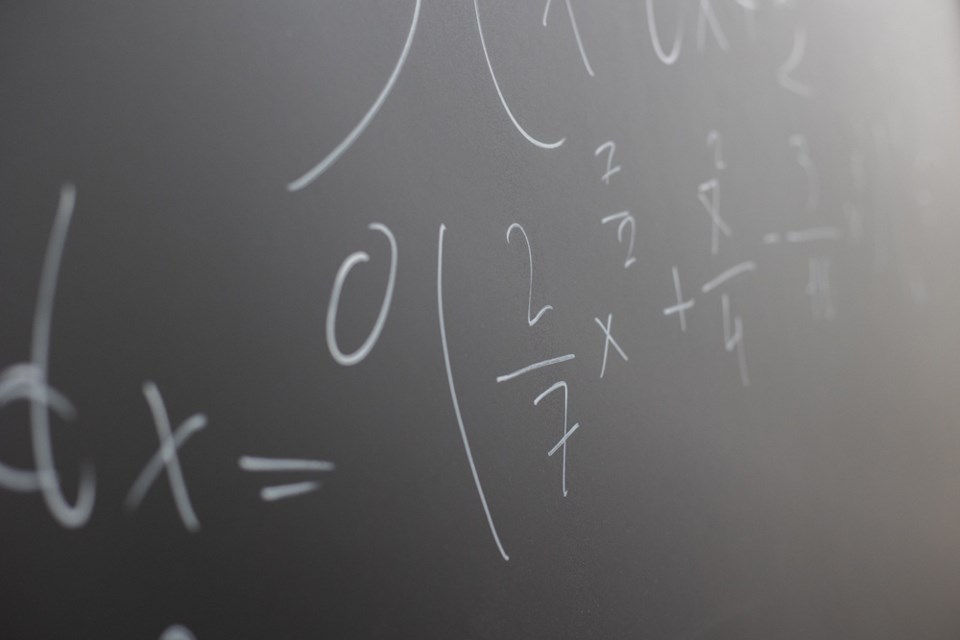 The Sea to Sky School District is reconsidering how it offers Workplace Math. Photo by Pexels.com

Citing a need to end systemic racism, the Sea to Sky School District declared it would no longer be encouraging people to take Workplace Math courses at its regularly scheduled school board meeting March 10.

“It's high time that we took responsibility for the discrimination and the systemic racism that is evident in public education, and we're holding ourselves highly accountable for it,” Supt. Lisa McCullough told The Chief.

School officials said Indigenous students are overrepresented in Workplace Math, a course which gives students practical skills, but does not meet the bar for admission to university-level math courses.

As a result, they said Indigenous learners were being unfairly disadvantaged.

Workplace Math is intended to help students struggling with the subject, but graduating high school with that course — as opposed to Foundations of Math or Pre-Calculus — can limit their post-secondary choices.

Much public attention has been given to the future of the course since Howe Sound Secondary math teacher David Gregr raised alarms about the possible discontinuation of Workplace Math.

In a letter to the editor addressed to Sea to Sky media, including The Chief, Gregr criticized the school district, saying that taking away Workplace Math would remove a haven for at-risk students to learn practical math skills in a stigma-free environment.

While officials did not say they would cancel the program, McCullough said in an interview the school district would no longer be offering it up as a recommendation.

“It is designed intentionally to encourage all students to take Foundations [of Math] or Pre-Calculus, and nobody will be recommended to take Workplace Math courses,” she said.

“They will be recommended to take the upper-level courses with support, and then we will let students make their informed decision at that time.”

Her remarks were made after the March 10 school board meeting. During that gathering, the school board addressed concerns from the general public about the discontinuance of the Workplace Math program. No vote on the policy took place, but school officials took the opportunity to speak to the public about the possible change in curriculum.

At its busiest, there were about 80 people watching the meeting via a YouTube livestream.

The policy in question, dubbed Board Policy 501 Student Registration, Enrolment, and Placement, is still in draft form, but its language suggested Workplace Math would soon be taking a backseat.

An excerpt from the draft policy reads: “When arranging different student groups for learning, teachers consider the strengths and needs of both individuals and the class and avoid grouping students by ability. Grouping students by ability has been shown to have detrimental effects on student self-esteem and academic progress. Ability grouping increases the risks faced by low-achieving students and actually widens the gap between less-able and more-able learners. Students are not to be grouped by ability.”

At the meeting, school board chair Rick Price read aloud from a written statement he attributed to the entire board, stating new data staff presented to elected officials illustrates what he characterized as a disturbing trend.

“We've also inadvertently perpetuated a system that overrepresents certain groups of disadvantaged students in courses that might lead to graduation but also lead to limited post-secondary career and learning options,” said Price.

“And to the extent that one key group overrepresented in these courses is, in fact, our First Nations students, then this can be seen, and is seen, as systemic racism. This is unacceptable.”

The Squamish Nation issued a written statement to The Chief supporting the school district’s position.

“Squamish Nation supports this initiative on the basis of the same, equitable standard of education being provided for all students,” said Coun. Syeta'xtn (Chris) Lewis.

“We understand that the district is working on a plan to ensure that appropriate support for students is in place. We look forward to continuing to collaborate with the district so that each of our students has the support they need to succeed in every subject, in consideration of their unique needs and gifts.”

However, there have been concerns raised regarding the policy.

PJ Elliot, a parent of current and former local students, said she was worried Foundation and Pre-Calculus Math courses would become watered down if Workplace Math was eliminated.

She told The Chief she was concerned the superintendent said students aren’t given failing grades during the meeting.

“Is she asking to inflate graduation rates, because no student fails?” said Elliot.

“I have a concern that the superintendent and the board are asking for the curriculum to be watered down now with the intention of inflating grad rates. What does that say, exactly? And my issue is, I think, Workplace Math is needed, and I think it should be a place and an option and a choice.”

McCullough later clarified to The Chief that while it may be possible for some to fail, the school district will be providing as much support to struggling students as possible, so as to prevent it from happening.

“I'm sure there are situations where that does happen, but what I mean by that is we don't just sit idly by and watch a student failing a course, and say, ‘Gee, I hope this improves,’” she said.

Alaine Brawley, another Squamish parent, told The Chief she was concerned about how the consultation process was carried out.

She said the school board meeting — which relied on emailed questions from the audience — did not answer concerns she had.

Both parents said they believed the platform for addressing concerns and questions from the public was inadequate, and were critical that the majority of the board didn’t ask questions on behalf of the public during the meeting.

McCullough did spend significant time answering questions during the meeting, but the two parents said she either oversimplified or ignored their queries.

With respect to concerns about watering down education, McCullough said learning will be personalized for students, with faster learners given assignments that stretch them. Those needing more help will be allowed to slow down.

The current graduation path for students will not be affected, she said.

McCullough also added there will not be quotas for demographics of students in each course.

“There won’t be quotas — these are human beings,” she told The Chief.