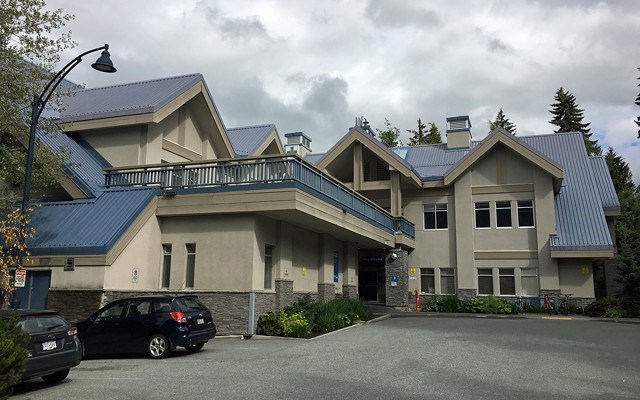 After years of lobbying, Vancouver Coastal Health has committed to training three nurses in forensic sexual assault exams that will be stationed in Whistler. The Whistler Health Care Centre is pictured.File photo/Pique Newsmagazine

After years of advocacy from sexual assault advocates, it appears that Vancouver Coastal Health (VCH) is seeking to train three experienced nurses on how to administer forensic sexual assault exams.

In an online job advertisement, the regional health authority is seeking three nurses with a minimum of two years of experience in acute care or public health to undergo the training, which is to begin in late September and would largely be online.

The applicants are to be stationed in Whistler, according to the posting.

"Candidates accepting this training opportunity must agree to remain in the department for at least 18 months subsequent to completing training," it reads. "This will ensure you are able to consolidate and apply your skills in the specialty area that VCH has supported and funded you to complete."

When trained, the nurses will be able to administer a forensic sexual assault exam, which are used to gather crucial evidence in cases of sexual assault.

When asked for more detail on the new initiative, VCH declined comment.

"We are planning additional forensic testing services for the Sea to Sky corridor, but it is premature for us to share more information with you at this time," wrote a spokesperson. "Our plans for this service are still in development, so we are not prepared to discuss them at this time. We will be able to make an announcement at a later date."

A number of parties—including the Sea to Sky RCMP, Howe Sound Women's Centre, and Dr. Kim MacDonald, who until recently ran the corridor's only abortion clinic—pushed for VCH to offer the exam in Whistler.

Whistler Councillor and Sea to Sky Regional Hospital District Chair Jen Ford has been quietly advocating for the training.

She said she was thrilled to see the job advertisement when alerted to it by Pique.

"It's great to see—and I hope it means what we think it means," she said. "I hope it leads to a higher level of service for Whistler."

Last spring, VCH was in discussion with the Hospital District—an Squamish-Lillooet Regional District body that pays for the building of local hospitals and capital equipment—about a plan that would have seen it pay for the training of the three nurses. At the time, it was thought to cost $12,000 in total.

"[The Hospital District] CAO looked into it further and reported back to me that, unfortunately, we can only contribute to capital spending," she said.

Pique's stories on the lack of funding garnered attention locally and prompted some business owners to pledge to pay for the training.

A number of locals—including Stefanie Hostetter of Re/Max Sea to Sky Real Estate, Nicole DesBecquets of The Whistler Hat Gallery and Nicole Shannon of Keir Fine Jewellery—offered to donate money towards training.

"To me it's simple: it's a need and a serious void in our community," said Shannon, in a Facebook message to Pique.

"A traumatizing event should not lead to more trauma by our system. Having a trained medical team could make all the difference in healing, conviction rates, reduction in assaults, and that makes Whistler and the corridor healthier."

Ford said the outpouring of support was "very inspiring" to see.

"It's a testament to the way our community rallies," she said. "People step up—whether it's a GoFundMe or a community event—people come together in our community in ways that are very inspiring."

She encouraged people to donate to the Whistler Community Services Society instead.

"If they want to help the community at a grassroots level, I would say contributing to Whistler Community Services Society would be a good way," said Ford.

"They provide a lot of that frontline support, outreach and various victim services support."