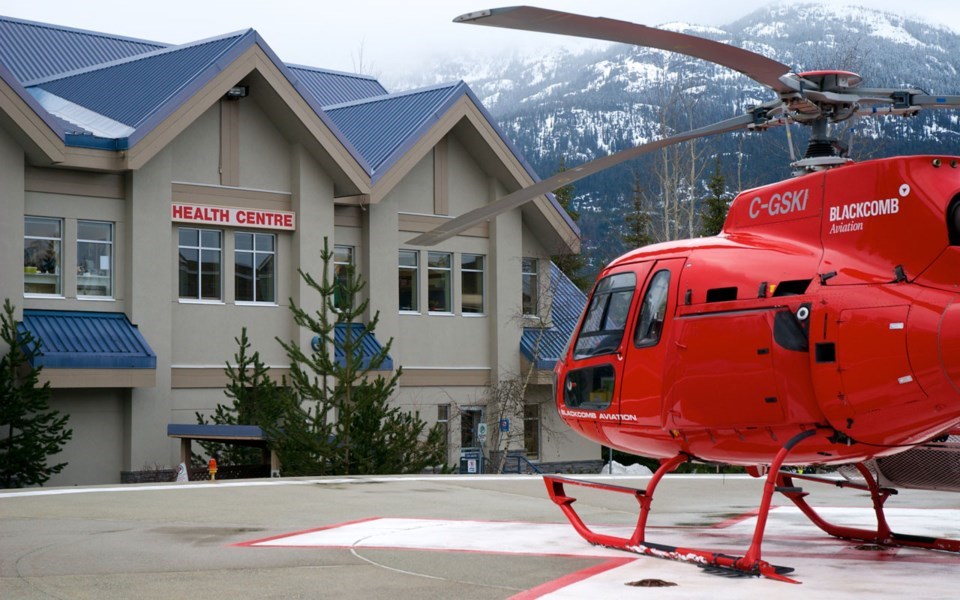 Rather than testing patients with COVID-19 symptoms at indoor health facilities in Whistler, testing has taken place in the parking lot of the Whistler Health Care Centre. That will soon change with a new, dedicated testing trailer.VANCOUVER COASTAL HEALTH FLICKR

The new trailer is a result of a collaboration between the Sea to Sky Division of Family Practice and Vancouver Coastal Health (VCH), said Dr. Bruce Mohr, the medical director of the Whistler Health Care Centre.

“For Whistler, we’re testing 20 people a day, but it’s going on in the parking lot of the Whistler Medical Centre,” he said. “If there are increased numbers with inclement weather, we need a better place to do that. This trailer has been approved for this purpose. [It is expected to be] up and running in the next two weeks.”

Talks are currently underway with the Resort Municipality of Whistler about where it will be located, he added.

For doctors, it is relief to know the dedicated space is coming. “We’re full. We’re busy now with the usual summer stuff,” Mohr said.

The number of people in the Sea to Sky testing positive for COVID-19 has increased recently, he added. However, part of that could be due to new testing strategy in the province.

“Back in March, we weren’t testing everyone,” he said. “Now, we’re testing anyone with symptoms. We’re doing a lot of testing every day and the number of positive cases is going up, as it’s going up everywhere.”

Last week, VCH announced it would be opening a new walk-in and drive-thru testing centre in the parking lot of Centennial Theatre in North Vancouver.

The health authority did not confirm the number of cases in Sea to Sky communities and, throughout the pandemic, have only shared numbers of health regions.

Mohr’s biggest concern, though, is increased hospitalization rates and the number of people in the ICU at the Lions Gate Hospital, which is where patients with severe cases of the disease from the Sea to Sky are sent.

“With more people having it, more of the vulnerable population could be exposed and they could become sick,” he said. “That’s what we seem to be seeing the start of is people requiring hospitalization and intensive care. We don’t know what’s going to happen, but those aren’t good indicators.”

In the meantime, he urges locals and visitors alike to continue to follow safety protocols like keeping two metres apart, washing your hands frequently, not touching your face, and wearing a mask if you can’t physical distance from others, particularly indoors.

To that latter point, new rules that mandate masks on BC Transit and BC Ferries could help normalize wearing a mask, he added.

“I think it’s pretty simple,” he said. “It’s what we’ve been saying all along: be kind, be safe, be vigilant. COVID didn’t take a summer vacation. It’s here and it’s going to come back in increasing numbers this fall. We can’t predict how much more severe it will be. We shouldn’t get complacent about this; we should be increasingly vigilant.”