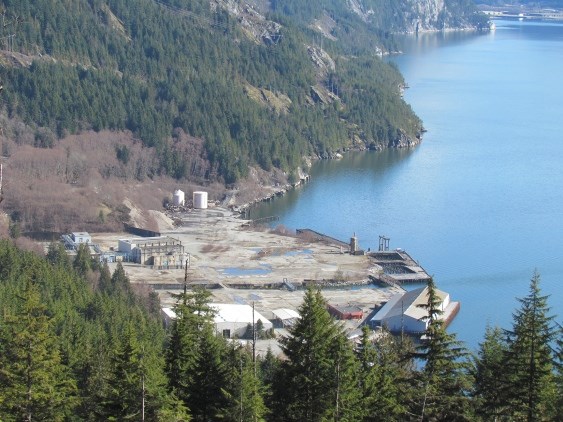 The federal ruling on Woodfibre is anticipated to come any day now.

For residents of Squamish, it’s a bit like sitting in the doctor’s office waiting for test results that never seem to arrive.

A few months have passed since any news has come out of the federal and provincial Environmental Assessment processes for the Woodfibre LNG export facility and related FortisBC natural gas pipeline.

The proposed LNG plant is awaiting federal approval after receiving conditional provincial and Squamish Nation approvals in 2015. There are two more steps to a federal decision, according to Jennifer Siddon, senior communications manager for Woodfibre LNG.

First, the review of Woodfibre’s federal environmental assessment certificate application has to be “referred to the minister” by the Canadian Environmental Assessment Agency (CEA Agency).

This step was delayed by the federal election and the time it takes for a new government to get everyone it needs into place, according to Siddon, who added the company doesn’t know for sure when the referral will happen but is hopeful it will be before spring.

The second step for Woodfibre’s federal approval is for Catherine McKenna, Minister of Environment and Climate Change, to make a decision on the review, and she will have up to 60 days to make that decision.

Since the federal election, there has been speculation the newly elected Liberal government will be tougher on projects awaiting approval, but Byng Giraud, vice-president of corporate affairs for Woodfibre LNG, said he has not heard any such thing to date from the government on his company’s proposal.

The Globe and Mail reported Monday that the federal government plans to require a separate climate test for Pacific NorthWest’s planned LNG export terminal, currently also in front of the CEA Agency, to determine its impact on Canada’s greenhouse-gas emissions, a move that could impose a new delay on the project.

Giraud commented on the report to The Squamish Chief.

“Certainly, it would be a concern for any major project that is nearing the end of the federal environmental assessment process to learn that new rules may be applied that could potentially delay a project,” Giraud said Tuesday.

“Having said that, the Woodfibre LNG Project will be powered by electricity from BC Hydro, reducing our greenhouse gas emissions by about 80 per cent, and making our project one of the cleanest LNG facilities in the world….

Provincial decisions on FortisBC’s Eagle Mountain-Woodfibre pipeline, which would feed the proposed Woodfibre LNG plant, are on hold.

As of June 30, the Environmental Assessment Office suspended the review of the application by FortisBC for an environmental assessment certificate.

FortisBC requested time to complete a review of Squamish Nation Council’s conditions and to submit a report to the Environmental Assessment Office [EAO] to fulfill the province’s requirements with respect to Squamish Nation’s aboriginal interests, according to a spokesperson with the provincial ministry of environment.

“We understand that the company has entered into a formal relationship with Squamish Nation as a means to review and address the results of the Squamish Nation’s independent process,” said ministry spokesman David Karn.

A spokesperson for the Squamish Nation said in an email that discussions between the Nation and FortisBC in regards to the pipeline are continuing.

FortisBC has submitted four addenda to the EAO, which propose changes in response to concerns raised by First Nations, local government, and the public.

“We’re still working with the Squamish Nation to complete the work needed to meet its environmental conditions,” said Trevor Boudreau of FortisBC.

“The discussions are progressing; however, we don’t really have a timeline for when the process will be wrapped up at this point.”

Karn said FortisBC has not submitted the report on how it fulfills the province’s requirements with respect to Squamish Nation’s aboriginal interests.

When the EAO receives the report, it will review it and decide if the EAO application review timeline can resume, Karn said.

For more information on the provincial assessment process visit the www.eao.gov.bc.ca.