Woodfibre LNG will press on despite market changes 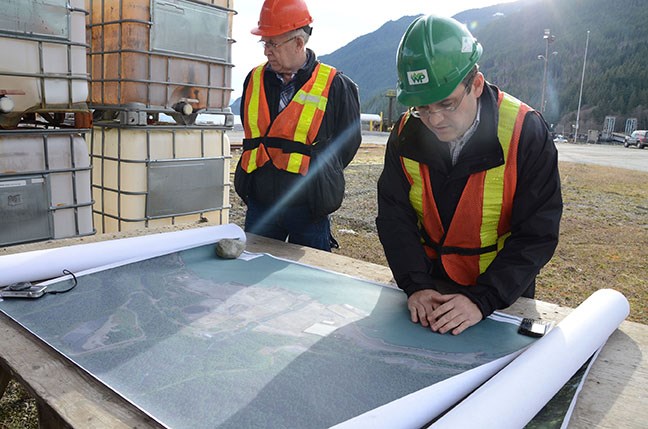 Woodfibre LNG says it will be proceeding with its proposed export facility in the Squamish area, even though economic conditions for liquefied natural gas are uncertain.

Her remarks come after the Pacific NorthWest LNG project – one of the highest profile LNG ventures ever in B.C. – was cancelled.

A release from Petronas, the Malaysian oil and gas company responsible for the Pacific NorthWest LNG project, said the decision was made after “a careful and total review of the project amid changes in market conditions.”

While the Petronas venture is unrelated to the Woodfibre project, many have viewed it as a barometer for the state of the LNG economy in B.C.

Canada is late to enter the global market, producing more natural gas than it needs to meet domestic demand, said a new National Energy Board report.

“Current oversupply of LNG in the medium term, combined with the low price of gas, makes it difficult to sign long-term contracts and justify the investment,” said the author of the report, Colette Craig.

The U.S. and Australia supply most of the demand, although the West Coast has the advantage of access to low-cost natural gas supplies and proximity to Asian markets, the report said.

Woodfibre LNG is confident its project will go through due to a number of reasons, Siddon said.

She explained the Woodfibre site was previously home to pulp mill operations and is zoned industrial, and it has a deep water port on a waterway that has been used for commercial shipping and access to electricity from BC Hydro and a FortisBC natural gas pipeline, giving it an advantage over a new construction facility.

“We are licenced to export about 2.1 million tonnes of LNG per year for 40 years. There is also a 15 per cent variance allowed,” she said, adding the market isn’t as tight. “You are able to control your cost more when everything is smaller.”

However, Craig said the challenges caused by the market are the same for every facility regardless of size and location.

On the other hand, Siddon pointed out that in November, the Liberal government gave LNG projects using electricity, as opposed to gas in the production process, a standard industrial rate, the same as any other electric rate in the province, prompting the board of the LNG parent company to move forward.

It is not a special LNG rate, Siddon clarified.

"What the eDrive rate did was make LNG projects that use electricity pay the industrial rate same as any mine, forestry operation or factory instead what was an LNG rate - which was higher.

“We have a ballpark figure of how much,” she said about cost, but it’s not exact since the number is based on operational consumption.

The equivalent of a final investment decision has been made, though completion is unclear, Siddon said, adding “everyone has a different idea of what that is.”

The goals are looking into contracts and beginning construction in 2018, she added. In June, Woodfibre was granted their 40-year export licence from the NEB.

“We’ve been doing work on the site for the last couple months,” with activity on cleanup and maintenance rather than construction, she said. “It is a priority for us that qualified locals have the first crack at opportunities.”

A spokesperson for the Ministry of Energy, Mines & Petroleum Resources said the project is moving forward. Last year, the company committed to building the facility and is “conducting engineering and design work right now.”

The desire is to drive down emissions, Sturdy added, not shrink the economy or create hardship for vulnerable populations.

“The energy industry is incredibly dynamic,” he said, with people working on all sorts of technologies “like Carbon Engineering in Squamish.”

**Please note, this story has been corrected since it was first posted to clarify the tonnes of LNG for the 40 year export licence and the details of the eDrive.

Indian residential schools were designed with cemeteries
Jun 21, 2021 6:00 AM
Comments