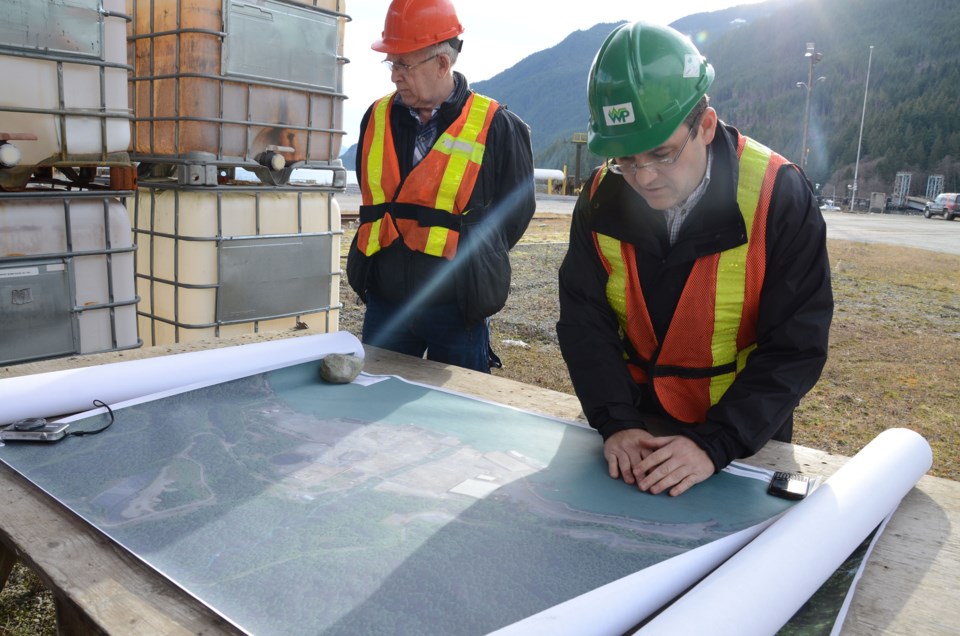 Byng Giraud, to the right, has long been the face of Woodfibre LNG. He will be leaving the company.

One of Woodfibre LNG’s top executives is leaving the company.

“I just wanted to let you know, after over six years, I am concluding my time at Woodfibre LNG and will be moving on to new opportunities which I hope to reveal soon,” said Byng Giraud in a blanket email to his contacts, including The Chief.

Prior to his departure, Giraud was in charge of business development at Woodfibre.

He has also held the position of country manager at the company.

Known for championing Woodfibre LNG as an economic driver in town, Giraud was often in the spotlight when it came to the company’s affairs.

That attention had its ups and downs.

For instance, on one occasion, Giraud became associated with the BC Liberal campaign donation controversy.

Widespread publicity about how people contribute to political parties prompted the successive NDP-Green government to pass reforms on campaign donations.