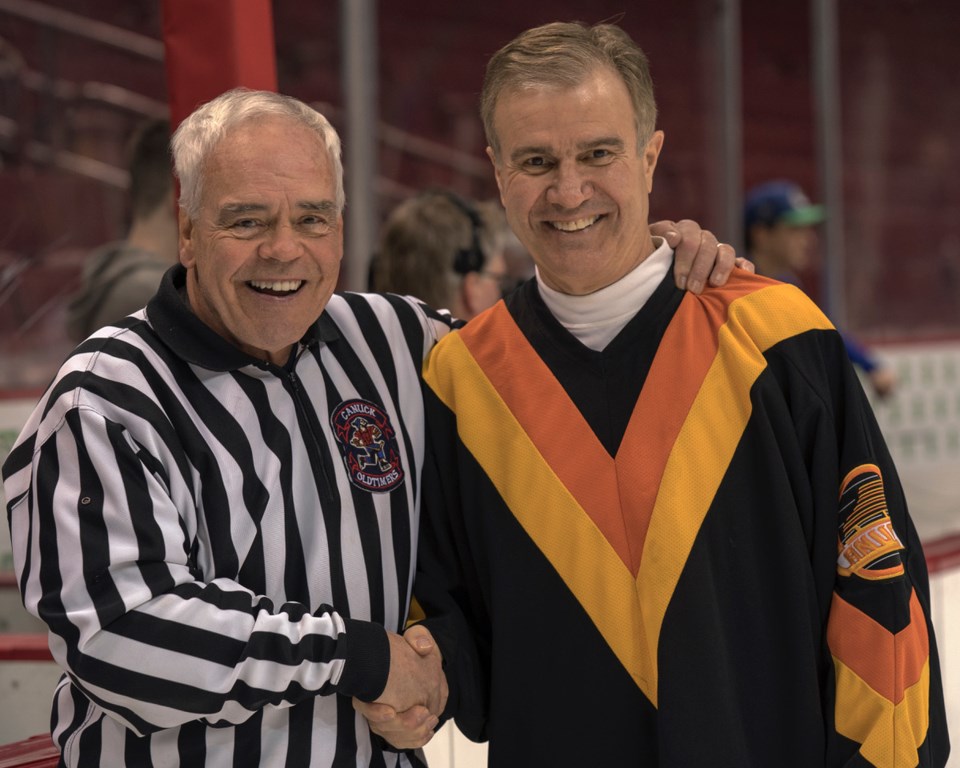 Anyone looking for a dose of hockey nostalgia can find it in Squamish very soon.

Over a dozen former Canucks players will be stepping onto the ice at Brennan Park Recreation Centre.

The players will be gracing the rink for a good cause.

It's a celebration and fundraising event for the new Squamish Minor Hockey League jerseys.

The Canucks' visit was made possible by "boldly asking," along with help from a number of sponsors, said Emma Moses, last year's Squamish Minor Hockey League president.

A new design for the Squamish Eagles logo is being unveiled, which will be emblazoned on all the new jerseys.

The logo, which will be revealed on the date of the event was crafted by Squamish Nation artist Cory Douglas.

"We wanted to do this very thoughtfully," said Moses. "We wanted to make this a really authentic reflection of our community."

Moses noted it was time to differentiate from the previous logo, which is almost identical to Langley's minor hockey team.

"It's a very strong eagle. It's a piece of First Nations art…. It just looks beautiful and very dramatic, and, I think, will be a source of great pride for many years to come."

And it's one that Canucks alumni will be happy to help celebrate.

The players will be squaring off in the ice against Squamish Minor Hockey coaches and alumni.

While Moses said that she'll be cheering for the Squamish players — her husband will be goalie — she does have a soft spot for Jyrki Lumme, one of the players in the Canucks' 1994 Stanley Cup run.

The Sept. 28 event starts at 3:30 p.m. with an autograph session with the Canucks.

Further details and tickets are at squamishminorhockey.com. Tickets will not be available at the door. An afterparty will be held at Norman Rudy's following the game.