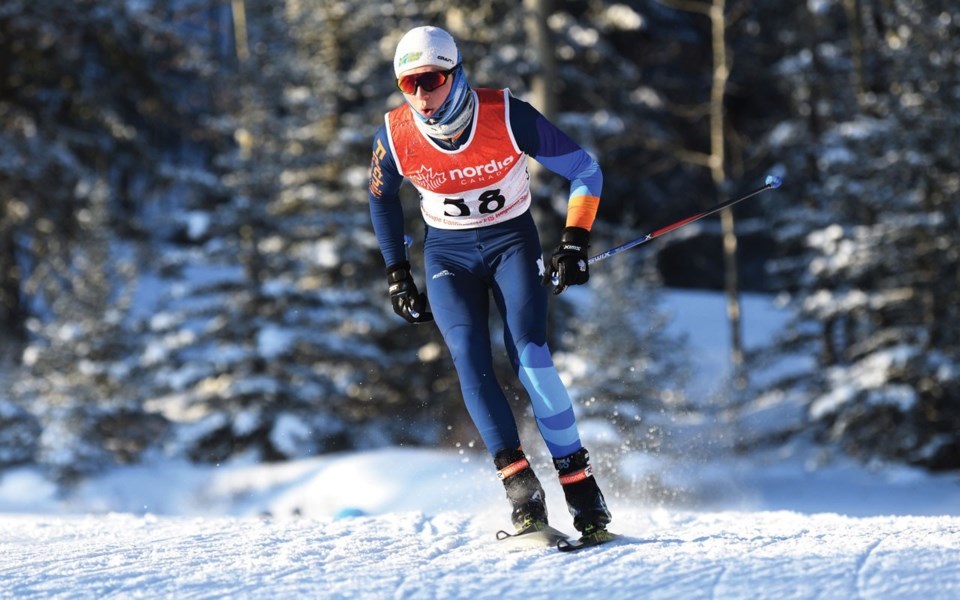 Pemberton's Joe Davies, a member of Canada's junior development team, could be in contention when Whistler hosts the World Junior and U23 Nordic Ski Championships in 2023. Photo by Doug Stephen

One full year after major sporting events were shut down left and right amidst the onslaught of the coronavirus pandemic, Whistler finally has a few major competitions to look forward to in the coming years.

Nordiq Canada announced this week that the 94th Canadian Ski Championships will be held at Whistler Olympic Park from March 20 to 27, 2022, with the Callaghan Valley’s Black Tusk Nordic Events Society tapped to host. That event will serve as a dry run for the Society ahead of the Nordic Junior/U23 World Ski Championships scheduled to take place in Whistler one year later, in 2023.

Before falling victim to COVID-induced cancellations, the 2021 Teck BC Cross-Country Championships were slated to take place at Whistler Olympic Park from March 20 to 22 this year, while the 2021 NorAm World Jr/U23 Championship Trials were originally scheduled to run at the venue in January.

“After unfortunately having to cancel [the Canadian Ski Championships] in each of the last two years to protect the safety of our athletes, coaches and volunteers while the COVID-19 pandemic continued to run its course, we are very much looking forward to reuniting our entire community in Whistler next March for our national championships,” said Stéphane Barrette, Nordiq Canada’s chief executive officer in a release. “We look forward to working with Black Tusk Nordic Events Society on staging this prestigious event.”

The national championships will see more than 700 senior, junior and Para-Nordic skiers compete in sprints, distance races and team sprints on Whistler Olympic Park’s trail network, the site of the 2010 Olympic and Paralympic Winter Games.

“We are super excited to be the host Organizing Committee for the 2022 national championships which will see the best skiers in Canada back at Whistler Olympic Park,” added Norm Laube, chair of the Black Tusk Nordic Events Society. “Our officials and volunteers are already working hard with Whistler Sport Legacies to be prepared to showcase the Olympic legacy venue.”

The announcement comes following last fall’s declaration from the International Ski Federation (FIS) that the Black Tusk Nordic Events Society will also host the next generation of Nordic stars – in cross-country skiing, ski jumping and Nordic combined –at the World Junior/U23 U23 World Ski Championships at Whistler Olympic Park in 2023.

The event is expected to draw more than 700 athletes from 50 countries to compete for the World title in the Callaghan Valley.

The Canadian championships in 2022 will provide Canada’s up-and-coming Nordic athletes with a solid test event as they look ahead to the world championships the following year, Laube explained.

“Providing our young athletes with home snow advantage at a major international event will offer a critical test along their journey to represent Canada at future World Championships and the Olympics,” he said. “Just as importantly, our hope is that bringing these talented athletes to the west coast will also help foster Olympic dreams in Canada’s youth, inspiring them to try our sports and get on skis.”

It will mark the third time the Canadian Cross-Country Ski Championships have been held at Whistler Olympic Park, after successful events at the venue in 2013 and 2008.