Mountain bikers to raise funds for Squamish Search and Rescue 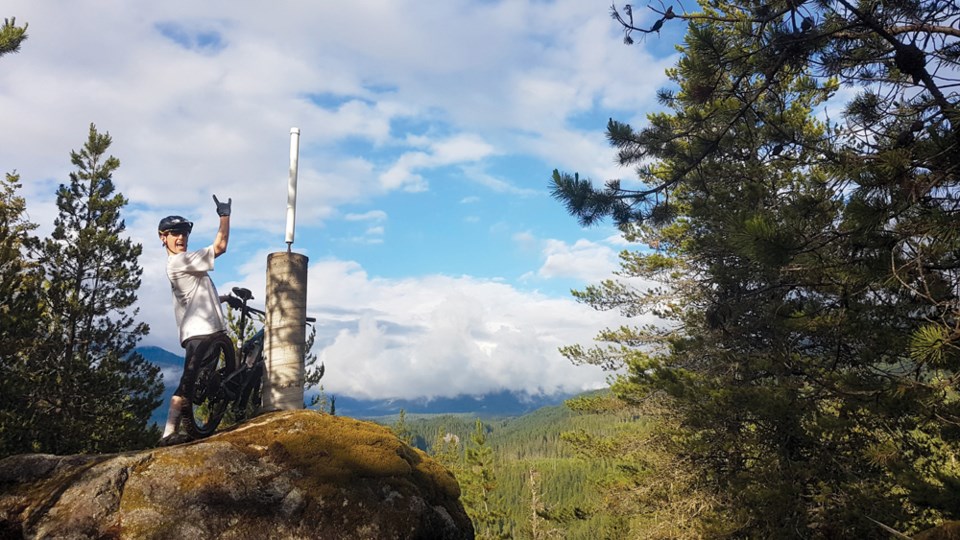 A long-running mountain biking bonanza is returning again this year to raise money for Squamish Search and Rescue.

“I loved that movie, and when we were thinking of the name that almost came up instantly,” said organizer Bryan Raiser.

“We don’t have a choice. We’re leaving a good time on the table if we don’t call it that,” he said, recalling the moment the ride got its namesake.

It was, however, a moniker that took some getting used to. People initially thought the event was a play or a race.

“It took people years to figure out what this event was,” said Raiser with a laugh.

The annual fundraiser will be taking place at the Raven’s Plateau trailhead at 11 a.m. on July 24. Admission will be based on proof that the rider has donated $50 to search and rescue.

For Raiser, the two-decade mark of the social ride is a big deal.

“I get so emotional even thinking about it,” said Raiser of the event.

“How often [in] Squamish is a drunken dare turn[ed] into a two-decade-long fundraiser? That’s the kind of town we live in. Anything you can think of, you can do in Squamish. My life seems to be proving that point.”

He said he has many fond memories of the event, but one thing that particularly gets him is the fact that a new crop of riders will be participating.

“Children conceived at the first BVOD can now ride in the BVOD,” he said with a laugh.

The event got its start when Raiser was riding with the late Chris McCrum in what he called the first Tour de Squamish, a gruelling 11-hour ride event that took participants through virtually all of the town’s trails.

Raiser said while on that trip, he felt that an abbreviated version of the trip would be just fine.

“The first three hours of this 11-hour ride was enough, and he was like that’s a great idea — you should do it,” said Raiser with a laugh. “So I’m like, ‘All right.’”

He said he was also appreciative of the work of search and rescue, and so he decided to turn it into a fundraiser.

Thus, the group ride event was born. But it wouldn’t be so competitive.

“I enjoyed bike races as events,” said Raiser. “I like the idea of riding with friends and food on course and lots of prizes and parties, but the timing and the pressure not so much.”

The event is meant to be more of a social ride than a competition, though riders who want to push themselves are free to do so. “Now there’s events called enduros and social rides,” he said. “Basically, it was the first ever enduro social ride.”

Raiser acknowledged the challenge of hosting the event in the pandemic. He’s expecting the limit for outdoor gatherings to be around 50 people, which has been the rough amount of turnout in past years.

Furthermore, in the past, throughout the day, riders have generally split themselves into groups of 10, which means there will be less chances of crowding.

Search Beyond the Valleycliffe of the Dolls on Facebook to find it.

***Correction: the headline deck incorrectly put in the wrong date. The correct date is in fact July 24.