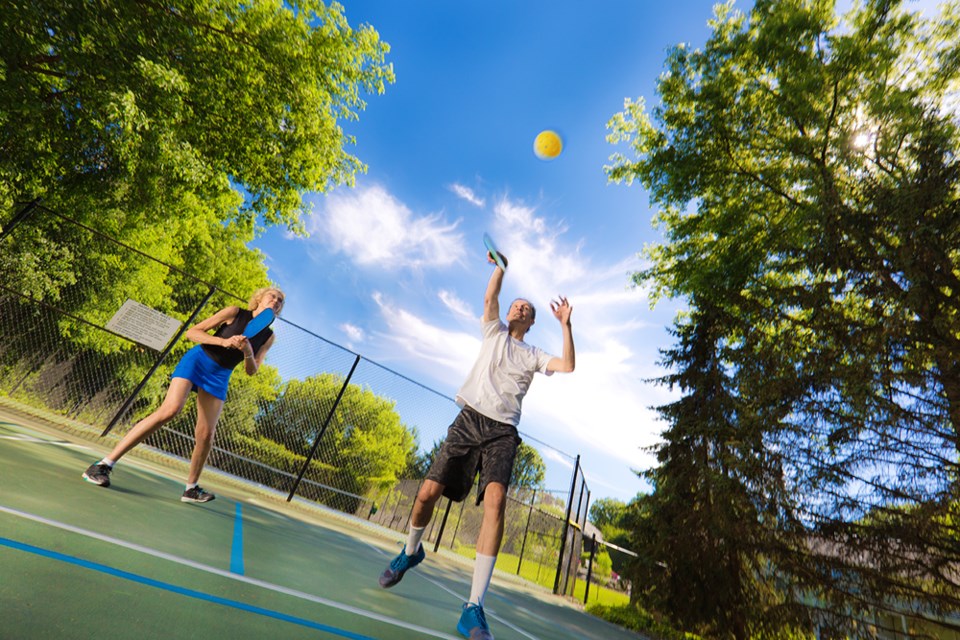 The president of the Squamish Pickleball Club hopes the sport is on the verge of a breakthrough in the community.

With news that the District of Squamish (DOS) has included $50,000 in 2021 draft budget to fund the construction of permanent courts, Suzanne Gordon feels that the club's hard work is coming together.

"It was a bit of a push," she said. "If we have permanent courts, we will get people."

In 2019, a group of 30 people was playing the sport — a mix of badminton, tennis and table tennis — regularly and they were advised by the District to create a club to formalize the players' advocacy for permanent courts.

The club came together that fall with just over 30 founding members who played indoors at Brennan Park last winter. This spring, with COVID-19 temporarily halting gameplay, the club put together its website and Facebook page, and those pillars were ready by the time the Brennan Park outdoor courts reopened in May.

At that point, participation grew fairly significantly to more than 60 members, especially among younger people who decreased the club's average age by nearly a decade.

Fast-forward a few months, and with Howe Sound Curling Club unable to open for the season due to the pandemic, the club found a match for indoor play.

"They couldn't open for the winter so they needed someone to rent their space," Gordon said. "We, this year, have temporarily permanent courts for the winter."

Membership skyrocketed to more than 150 as of early December, though Gordon noted a handful have left after a recent fee increase and uncertainty regarding shifting to singles play from doubles.

While the image of pickleball is that it's a sport for seniors — and, indeed, Gordon first happened upon it during a trip to her parents in Florida — there are varied demographics in town who are picking it up.

The intergenerational aspect of the sport is also appealing, she said. Her 14-year-old son plays against those in her 70s, and she can have back-and-forth matches against her 18-year-old son.

The club is excited to see the possibility of having a more permanent place to play, should the proposed DOS budget pass.

At this point, the $50,000 would cover the cost of two of the Eaglewind Park tennis courts being converted to eight pickleball courts.

"The funds would go toward: tennis nets being removed, holes (from the old nets) filled, new nets provided and installed, and new painted lines on the court surface," a District spokesperson wrote in an email.

The spokesperson said the municipality is aware of the sport's rise and is eager to help facilitate it.

"The decision to support this in the draft budget was due to the fact that the sport is growing in our community, and it is a sport that is enjoyed by older adults and seniors," she wrote. "While Squamish has extensive outdoor pursuits for younger adults, youth and children, activities for seniors are not as plentiful, and so this would be a way to support active seniors where participation numbers are already strong.

"The current context of the COVID-19 pandemic places even more importance on this aspect of the proposed project, as safe activities for seniors have been limited."

The muni's five-year financial plan will likely be adopted in March, which would give the project the go-ahead.

As for a permanent indoor option, Gordon said that while there are no set plans as of yet, the club has dreams and a vision for what that might look like.

"It's growing so rapidly that it's definitely on our radar," she said.

For more on the club, visit pickleballsquamish.ca.