Local riders, Finn Iles, Jackson Goldstone and Tegan Cruz made an appearance on the podium in their events at Crankworx Innsbruck over the weekend.
Jun 21, 2021 3:29 PM By: Harrison Brooks 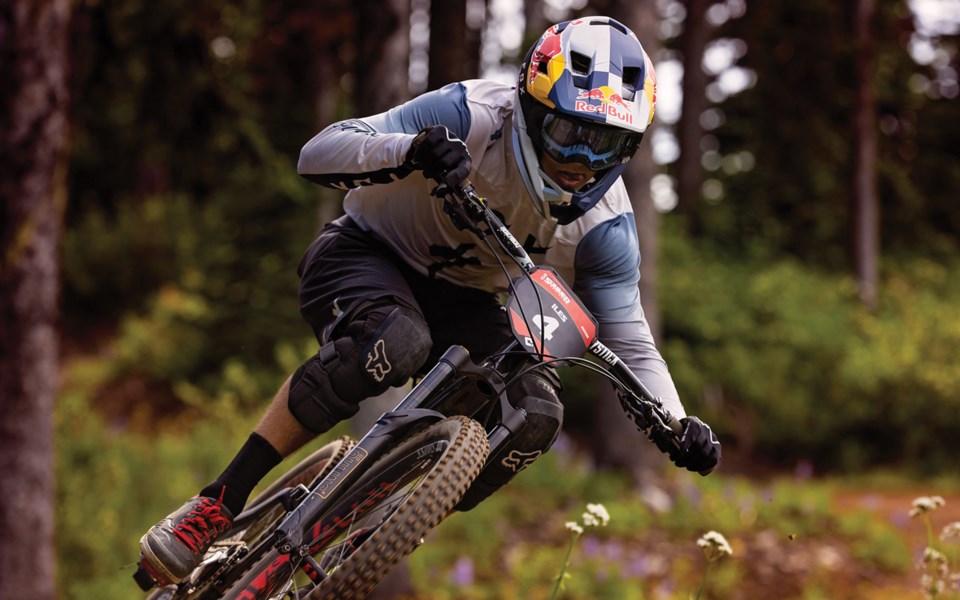 The first leg of the 2021 Crankworx tour wrapped up on Sunday in Innsbruck, Austria

The Sea to Sky corridor was well represented on the podiums over the last couple weeks between the World Cup in Leogang, Austria and Crankworx Innsbruck.

Whistler rider, Finn Iles finished on the podium in the Men's Elite Downhill at Crankworx with a time of 2:40.516, good enough for third and just three one hundredths of a second out of second place.

"I feel really good. This whole week has been a lot of fun riding this course," said Iles in a release from Crankworx. "I was a little stressed out that it was going to rain on race day, but we had perfect conditions all day and the track was awesome. I'm just stoked to be back racing."

Meanwhile, Jackson Goldstone, who placed second in his first ever World Cup in Leogang last week also won the U19 category at Crankworx, and Pemberton's Tegan Cruz took the win in the U17 category.

Vaea Verbeeck, originally form Coldstream, B.C., but often found riding in the corridor, is currently sitting third in the season-long battle for Queen of Crankworx, a title she won in 2019.

Many of the riders are off to the next World Cup stop in Les Gets, France starting July 2, before returning home to Canada.

The next stop on the Crankworx World Tour is back home in B.C. running from September 6 to 19.