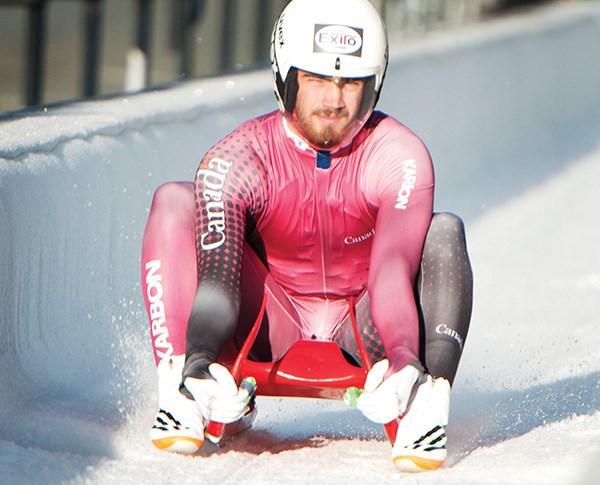 Master Scott Strachan and Master Michelle Parks’ Squamish Martial Arts Academy sent three competitors to the Masters Invitational Cup at BCIT on Oct. 15, and each came home with a medal.

Alana Norie, 12, took part in the female black belt poomse competition and won bronze. This was her first competition and she scored very highly. She is also an assistant instructor in the SMAA’s children beginner program.
George McConnell, 40, took part in both poomse and sparring events at a green belt level. He won a bronze in the adult men’s sparring division.
Matthew Babuin, 7, competed in the boys’ green belt sparring competition where he won gold.
“I was very proud of each and everyone of them as they all competed with respect, honour and huge hearts,” said coach Bob Babuin.

Since February, the academy has been training and working with students in order to travel and take part in local tae kwon do competitions including the poomse and sparring events.

This past spring, SMAA took part in the B.C. Provincial Championships with eight students ranging from the ages of seven through to 40. At this tournament the group was successful in bringing home nine medals, including three silver and six bronze.
Squamish Martial Arts offers classes for all ages, preschool age to adult including Brazilian jiu jitsu, tae kwon do, yoga and cardio kickboxing.

Quest’s men’s soccer team won one and lost one this weekend, but it was enough to put them into the fourth and final spot for the upcoming PACWEST tournament in Burnaby.

The team dropped a 1-0 contest to VIU on Sunday but beat Langara 5-1 the day before, to eliminate Langara from any post-season hopes. Jeremy Monn scored a hat trick to lead the Kermodes, while Nick Park and Yassin Nayel each added a goal.

The men will line up against league-leading Capilano in the opening round at 3 p.m. on Friday. The bronze and gold games take place the next day at 2:30 and 8 p.m., respectively.

The women’s team is out of the tournament picture. On Sunday, it lost 4-0 to VIU and 3-1 to Langara on Saturday. Ella Parker scored the lone Kermode goal.

This followed a 1-1 tie from Oct. 18. Katelyn Zell scored for Quest.

Klimchuk-Brown is a member of the Canadian national junior team but was racing in the men’s category. He posted times of 51.138 and 50.903 for a total time of 1:42.041. He finished behind other Canadian team members Sam Edney, Mitchel Malyk and Reid Watts.

Among his highlights this past year was a second-place finish in the Canadian Luge Association’s Junior Luge Championships at Whistler in March.

Quest basketball begins season Friday night with a game on the road at Langara. The women tip off at 6 p.m. with the men’s game to follow at 8 p.m.

Both teams are coming off third-place finishes at last season’s PACWEST tournament.

The Squamish Axemen Rugby club handed the Ridge Meadows Bruins their first defeat of the season on the Bruins’ home turf in Maple Ridge, beating them 45-21. In a physical but fast-paced game, the Axemen started off on the back foot, but opened the scoring with a breakaway try after 10 minutes. By halftime the Axemen scored two more tries to the Bruins’ two tries, to lead 19-14.

In the second half the Axemen opened up the taps, scoring two quick tries in succession, going up 33-14, and added two more ties in the final 20 minutes to finish 45-21.

Man of the Match award went to forward Richard Armstrong, who on his 40th birthday put his experience to practice, appearing to be everywhere at the same time and kept the players focused and motivated.

The Axemen’s next game is against Capilano RFC on Oct. 29 at Klahanie Park in North Vancouver. Players interested in joining the Axemen can contact the team at squamishrugby@gmail.com.

Faced with no substitutes and the minimum 11, the Howe Sound Hitmen pulled out a close win in North Shore Football League action, beating the Panthers 28-27 on Sunday.

The win now puts the Hitmen in a tie with the Vikings for third place. The team faces the 7-0 Lions this Sunday afternoon at Norgate West.