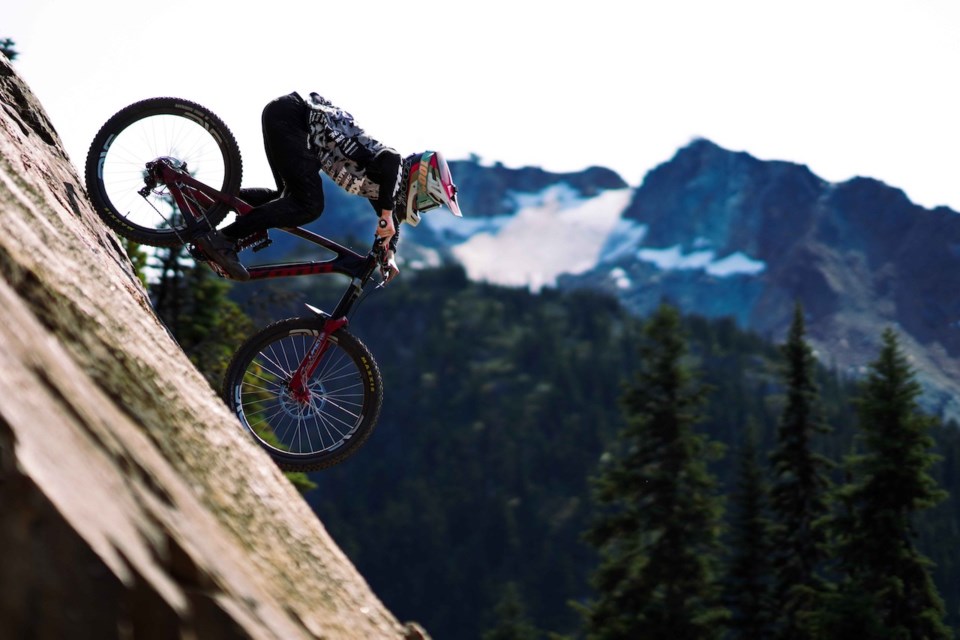 Coen Skrypnek and his family moved to Squamish from Calgary in 2018 to pursue his downhill dreams.

He plans to see it start paying off this summer when he joins the UCI Junior World Cup.

"It was, for lack of a better word, a send-it moment for my family," he said of the move. "Riding was a big reason for the move, and I'm super thankful that my family almost dropped everything so that I could pursue that."

There were other benefits to heading westward: the family has relatives in Greater Vancouver, while older sister Madison — the 2019 junior women's national downhill champion — is attending Vancouver Film School.

But Skrypnek, who turns 17 in June, knows his riding was top of mind and said he noticed the benefits of the move almost immediately.

"Moving from a big city to a small town like Squamish was definitely a big change socially," he said. "It took a little bit to adapt to, but other than that, I was meeting new guys I can ride with and being able to have the opportunity to ride year-round was quite eye-opening."

Skrypnek said he was pushed by riding with so many talented bikers and that his abilities started to improve dramatically.

He also appreciates the easy access to world-class trails.

"I thought it was humbling to see what these guys had been riding all their lives," he said. "In Calgary, we drove at least 45 minutes to get relatively steep and gnarly riding, whereas in the summer, I could ride the Canada Olympic Park bike park. It was really fun, and I think it helped me with a lot of my jumping skills.

"It is nothing compared to Squamish. Squamish and the whole Sea to Sky area is incredible."

Entering 2020, Skrypnek had momentum after taking second in the U17 BC Cup. He was getting set for his second year on the circuit before the pandemic wiped out the season.

"It was going to be a year that I could potentially show what I've got because my off season was more training, more [time] in the gym," he said. "I was really looking forward to seeing what I could do on the provincial circuit in B.C."

Skrypnek rode a lot locally last summer, thanks in part to a decrease in school commitments, and he felt he mostly kept pace despite the dearth of events.

"During the whole lockdown, I was out riding almost every day," he said. "It was hard to keep that competitive mindset because we didn't know when we might race next.

"Over the summer, I did some features that definitely pushed me. It was nice to get that feeling of scaring myself, in a way, and keeping that mindset."

While Skrypnek is not part of a team full-time entering the season, he has some support from Kona. As well, he is crowdfunding to try to defray some of the costs of his first year on tour.

"My biggest expectation this year is to learn a whole lot about racing — and racing at this level. I do hope to be a top contender and I guess we'll see what happens there," he said.

Fellow Squamish resident Jakob Jewett will also look to make his Junior World Cup debut this summer after losing his first season at the level in 2020.