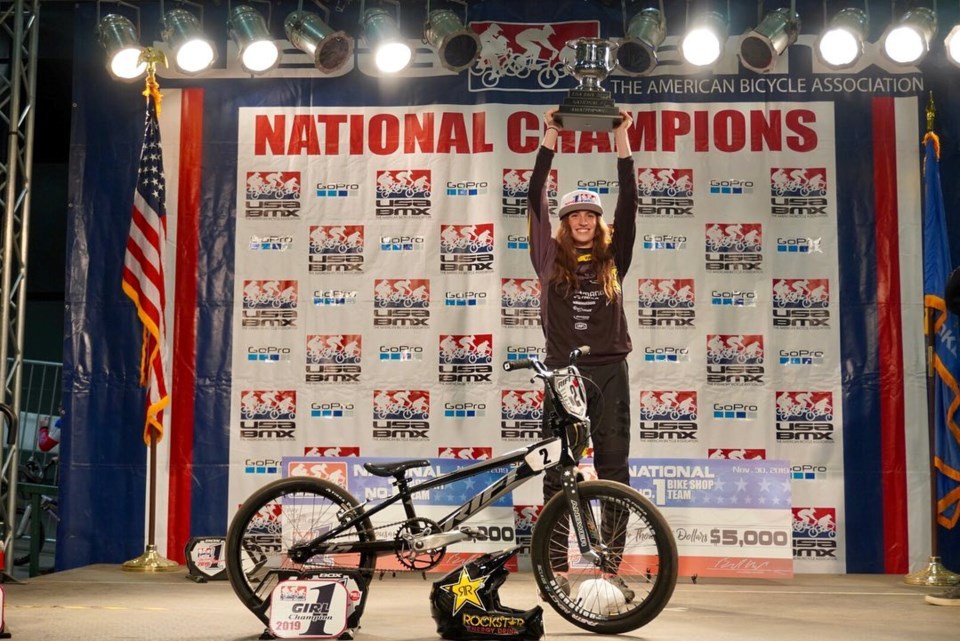 On Sunday, for the first time in the history of USA BMX, a foreigner won an amateur title — and it was Squamish's own teen sensation, Teigen Pascual.

"With a pop from lane two, it looked like Pascual would get squeezed headed into the first turn. But she emerged from the pack unscathed, and never looked back as she held off a late [push] by her good friend and fellow Canadian Molly Simpson. With the win Pascual, also the current Canadian National #1 Girl, writes her name in the annals of USA BMX history with her 2019 title," reads the 2019 Grand National Finals Recap.

On the podium on the last day of the finals, which ran from Nov 28 to Dec. 1 in Tulsa, OK at Expo Square, Pascual lifted the trophy above her head, to the cheer of the crowd.

"I can't think of a better person to win the title, honestly," said Payton Ridenour, last year's U.S. champ. "I trained alongside Teigen this year and we both had the best coach in the world, Arielle Martin... Huge congrats to Teigen, well deserved."

In her victory speech, Pascual,16, gave a shout out to her coach, sponsors and Squamish BMX Racing Club.