What will the new Squamish normal be? 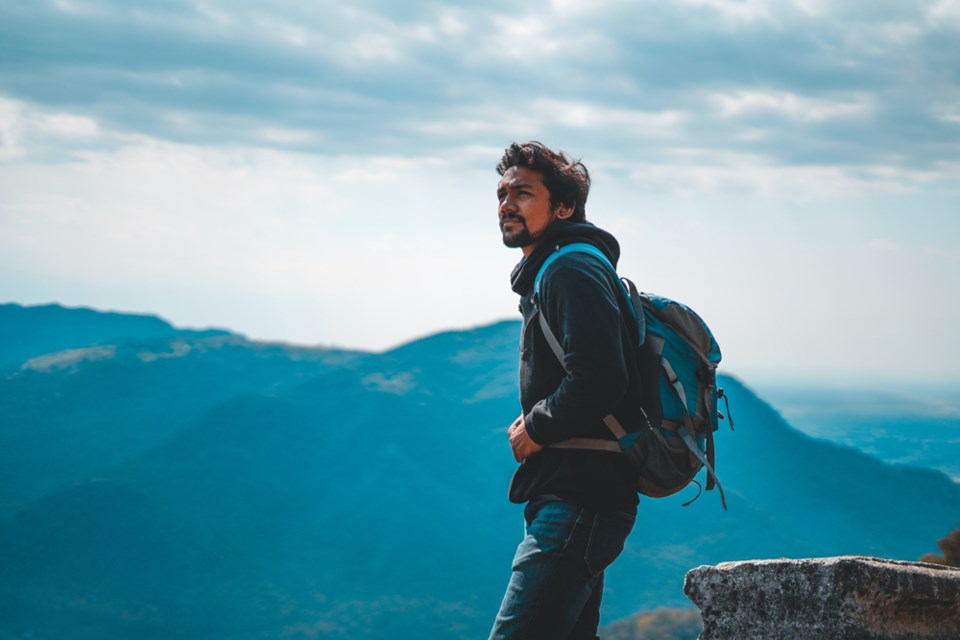 With the provincial government announcing it will begin a gradual reopening, recreational and search and rescue groups in Squamish are trying to figure out what reopening will mean for outdoor activity.

No timeline has been provided as of press deadline, but in one of her recent briefings, provincial health officer Dr. Bonnie Henry said that B.C. was exploring ways of safely reopening its parks.

A statement from BC Parks issued to The Chief says that a plan for this is in the works and some details are due to be released Wednesday afternoon.

“Opening parks safely means some closures may have to remain in place for specific parks or park areas, services and facilities. We also need to ensure small communities are not overwhelmed by people who are ignoring advice not to travel unnecessarily and headed to destination parks,” reads the statement.

“British Columbians are still advised to stay close to home and avoid non-essential travel. This is not the time for road trips or bucket-list adventures.

Out of concern for the health and safety of first responders and search and rescue personnel, we encourage the public to refrain from partaking in risky activities when parks reopen.”

The province has also been taking submissions from various groups about how it can resume operations while ensuring safety for all.

One of those groups is the Squamish Off-Road Cycling Association, or SORCA.

Uzi Valiante, the organization’s director of government relations, says the group is currently formulating a position that it will be taking to the province.

Valiante said that there are several trails outside of BC Parks land that have become inaccessible because parks have shut down.

SORCA is asking the province to open up a few select trails in BC Parks territory so that people can use those  to gain access to the outside routes, he said.

“You really can’t get to any of [those] trails without going through Alice Lake Provincial Park, and all we’re saying is open that up so we can commute,” said Valiante. “But don’t open up the park for loitering or camping or parking or any of that sort of stuff. It’s a very limited request.”

As a result, the group is asking for the province to open up Tracks From Hell, 50 Shades of Green and the climb on the Debeck trail, which reside in the park.

In the meantime, SORCA will be taking its cues from the government concerning any reopenings for recreationalists, Valiante said.

“The basic principle that we’re operating by is whatever the medical officer ... establishes as the sort of opening policy — we’ll do our best to communicate that in a way that’s clear for all trail users,” he said. “We’ve been doing our best to encourage people to observe the park closures and adhere to that.”

Priority 1 is to flatten the curve, he said, and SORCA will not do anything contrary to the advice it gets from the province.

Again, concerning trail use, the Outdoor Recreation Council of BC has been advising authorities to study what’s been working in some places and use those measures as guidelines.

Louise Pedersen, the executive director of the organization, said that one solution that could help social distancing is the creation of one-way loop trails.

This seems to reduce traffic and helps prevent people from crossing into each others’ paths, she said.

It may be best to open up the parks one step at a time, she said.

“We are still in that first phase, and I think it seems to have paid off…for all of us to be very conservative with what we do,” Pedersen said.

She said one silver lining she’s hoping to see is the possibility of increased funding for parks. With much of society closed down, the outdoors have become a key outlet for people, and that may cause authorities to recognize their importance, she said.

As of now, they operate on what Pedersen calls a “shoestring budget.”

The group representing climbers in town, the Squamish Access Society, said that it will be waiting for further directions from the province.

Robin Richardson, a director with the society, said that the organization will not update its recommendations until authorities clearly make changes — and so far the province has not altered its position.

Richardson said they’ll be looking at what the B.C. government and provinces are recommending for climbing and outdoor recreation in general with respect to easing restrictions.

The access society will not try to interpret Henry’s guidance on outdoor activities with respect to risk or medical response capability, he said. However, the province has not clarified what it means by risky activity and how that relates to common sports in Squamish like climbing and mountain biking.

“I don’t think the province is going to go out and explicitly say, ‘Give ‘er’ — like, go chuck your body off stuff — that’s definitely not going to come,” said Richardson.

If the province fails to issue explicit recommendations regarding outdoor activities, the society is discussing things it should factor into its potential advisories, said Richardson. These conversations will include groups like Squamish Search and Rescue, as the society wants to avoid overwhelming medical services.

“I think what it comes down to is the recommendations [the province is] going to have in terms of social distancing,”he said.

Richardson said this will be an important factor in determining when and how the sport can resume, because climbing often requires belay partners or spotters.

In addition to climbing partners often being in close quarters, they will likely be touching the same gear.

When it comes to mitigating risk so as to avoid overwhelming medical services, Richardson also noted that different types of climbing will have their own levels of danger.

For instance, assuming the gear is set up correctly and the belayer is competent, the chances of taking a hard fall while top-roping are virtually non-existent.

So far, it seems that people have, for the most part, been avoiding taking too many risks.

BJ Chute, a manager with Squamish Search and Rescue, said that calls have dropped since COVID-19 measures were put in place.

The types of calls are also different, he said. For example, during the wildfire, search and rescue was on standby for the Upper Squamish Valley fire, but didn’t have to deploy.

Procedures have changed, he said.

People who are asking for help are screened more thoroughly, as dispatchers take note if they are displaying any COVID-19 symptoms.

Crews are now wearing personal protective equipment when going out on calls, he said.

“If they are going to be in close proximity or treating the subject, then they would be expected to wear that,” said Chute.

This could include masks, gloves, goggles and face shields.

They also have procedures for limiting helicopter crew sizes to ensure social distancing, though they haven’t had to deploy a helicopter since COVID-19 guidelines were issued by the province, he said.

Chute said while preparation is always key, anyone planning to go out into a situation where they may have to call search and rescue should be more prepared than ever.

“Now is a very real time to hear that message and ensure they are taking the essentials with them on every trip.”

That’s because there’s a bigger delay for rescuers to reach people, as COVID precautions — such as putting on protective gear — make preparation times lengthier.