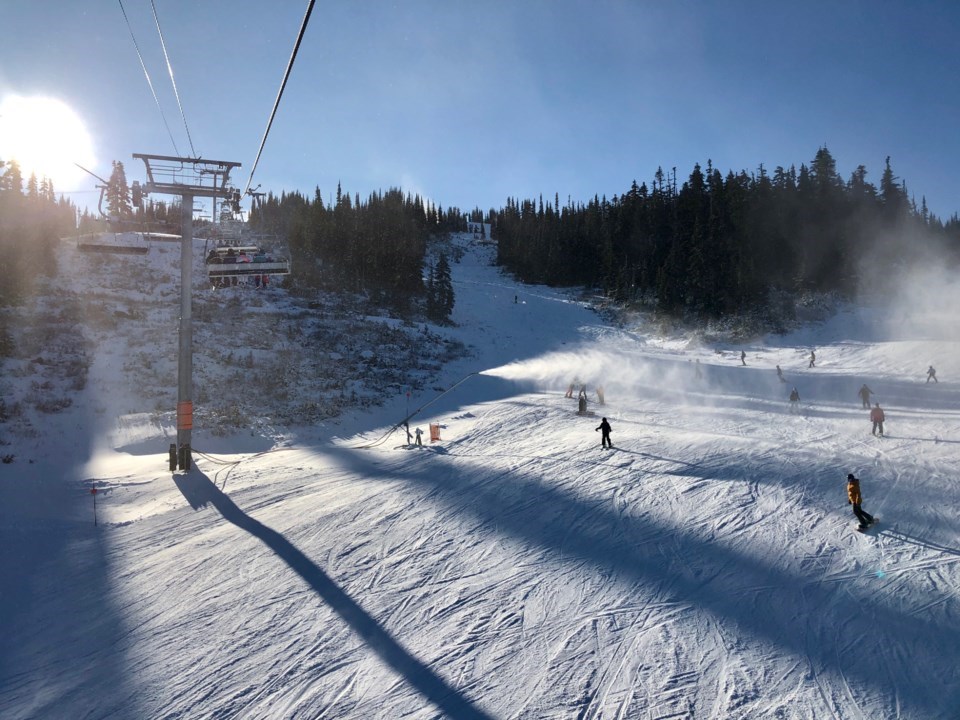 With COVID-19 restrictions in place, Opening Day on Nov. 26 will take on a different feel than in years past. Pictured is Opening Day 2019.FILE PHOTO/ MEGAN LALONDE

Despite international borders remaining closed, Whistler Blackcomb (WB) said it is on track to meet its staffing needs for the winter ahead — though that will likely include fewer on-mountain employees than in previous years.

“It won’t be the full complement that people are used to, but it will be certainly close to,” said Marc Riddell, Vail Resorts’ West Coast director of communications.

“We’re in a bit of a different environment, of course, and certainly you might hear a Canadian accent more so than an Australian accent this season, but …  we’re actually ahead of the game on this one.”

It’s a small win in an otherwise difficult year for the mountain operator, as recruiting more Canadians has long been a goal for local employers, WB included.

“[Employees] getting a pass that is not tied to the reservation system has been kind of a driver, and maybe it’s the environment itself, and what people are going through, but we’ve found people have been open and have been applying for open jobs,” Riddell said, adding that people have been approaching WB “from all across Canada.”

With Opening Day set for Nov. 26, WB’s new online booking system has rolled out relatively smoothly, for the most part, despite high volumes when the booking period began (an unscientific poll on Pique’s Facebook page revealed no glaring user issues, with reader experiences ranging from “easy peasy” and “amazing” to flawless”).

Skiers and boarders will also have to book time in WB’s food and beverage establishments this winter, Riddell said.

A reservation system will open each day at 7 a.m. allowing users to book their preferred spot.

“So people are going to have to be a little bit more deliberate when they arrive, and plan it out.”

Along with the on-mountain establishments, the system will apply to the GLC, Merlin’s and Dusty’s, which will be “open in some capacity,” though details have yet to be fleshed out.

As far as COVID goes, and the prospects for the winter ahead, all WB can do is lean on its safety protocols, Riddell said.

“We have some very robust safety protocols that are being implemented and put in place, face masks being a key component of that,” he said, adding that the reservation system allows WB to adjust to the situation around it.

As the number of COVID cases rises or retracts, the mountain operator can now add or remove capacity accordingly, Riddell said.

“So we’re able to open more stuff up if the environment allows us, but we’re also able to scale back,” he said.

“It’s going to be a completely different experience … for us, it’s all about trying to have an understanding of what the demand is going to be, and to be able to manage it safely to keep our safety protocols in place to allow us to remain open.”

While the snow guns are working overtime and Mother Nature is beginning to cooperate, it’s too early to say what terrain will be available on Opening Day, Riddell added—or if the big day will come early.

“I’ll never say never … we have a history in the past of opening early, but we also are mindful that we’re operating in a different environment, and that we have to be thoughtful in our approach,” he said.