Summer camp operators are optimistic they can save the 2021 season — even as the window for overnight camps to reopen is quickly closing. Sleepaway camps were closed in every province except New Brunswick last summer because of COVID-19 restrictions.
May 17, 2021 2:07 PM By: Canadian Press 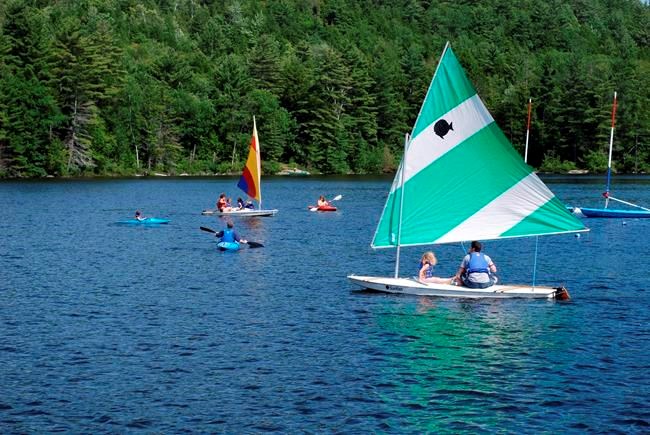 Summer camp operators are optimistic they can save the 2021 season — even as the window for overnight camps to reopen is quickly closing.

Sleepaway camps were closed in every province except New Brunswick last summer because of COVID-19 restrictions.

Stephane Richard, the president of the Canadian Camping Association, said on Monday his membership is hopeful those precautions will be eased in time to have a summer season.

"There's a lot of optimism in the air regarding what we're hearing, but there's still some realities setting in that it may be beneficial for some and not for all," said Richard, adding that he expects day camps will be open in every province, in some capacity.

The national association estimates that a million Canadian children attend camp every summer, with Richard noting that about 75 per cent of camps in the country are non-profit. That charitable element is why the Canadian Camping Association is asking for financial support from the federal and provincial governments for its members.

Many day camps were able to partially open last year, providing some revenue while overnight camps have been closed since March 2020. Sleepaway camps are more logistically difficult to operate, with hiring staff, ordering provisions, and creating programming that will keep campers in smaller cohorts all pressing challenges if they are to open this summer.

"That will be the part that is the unknown as we wait and see if the numbers get better. Are all those zones going to be out of lockdown by July? We don't know," said Richard, who pointed out that while most camps are in rural communities, campers usually live in urban centres that are typically hot spots for COVID-19.

Quebec's camp association said it learned on May 6 its members will be allowed to reopen for overnight programming.

Ontario Premier Doug Ford said on Sunday that he wanted to see camps reopen this summer. Jack Goodman, the president of the Ontario Camp Association, said that the premier called him hours after those comments were made and thanked the organization for all the work it's done with the government.

"The big rub is turning from a state of closure to opening and then to develop brand-new guidelines for those camps," said Goodman, whose organization wrote the first draft of Ontario's safety guidelines for camps. "We've been hard at it."

Health Minister Christine Elliott said on Monday that Ontario is looking at how day and overnight camps might open this summer, while recognizing that their operators need sufficient time to prepare for campers.

"We're watching all of these issues very closely. But again, it's a question of what the clinical data tells us and and when it will be safe to reopen them."

Elliott said Ontario would leave it up to individual camp operators if they want to make vaccinations among campers and staff mandatory.

Richard, who is based in New Brunswick, said that camping associations across Canada are in regular communication with provincial governments about the logistics of reopening this summer and that they are all "cautiously optimistic."

In British Columbia, guidance on whether or not camps can open and in what form is still being waited on.

Geoff Park, the founder and director of Camp Summit in Squamish, B.C., said he'll need to know by May 31 if overnight camps will open or he'll have to pivot his business plan for the summer.

"A lot of camps that deadline has already passed and they've had to move on to other opportunities or adapt their programmings to fit," said Park. "Some camps have been able to hold out and wait."

Toronto Mayor John Tory said that the city was planning in person and virtual programming for its camps. He added that the city's camps would have to wait for formal details from the provincial government before committing to a plan.