REGINA — A first-of-its-kind law in Canada meant to warn those at risk of domestic violence has had a slower-than-expected uptake in its first eight months. Legislation known informally as "Clare's Law" came into force in Saskatchewan last June.
Feb 27, 2021 7:00 AM By: Canadian Press 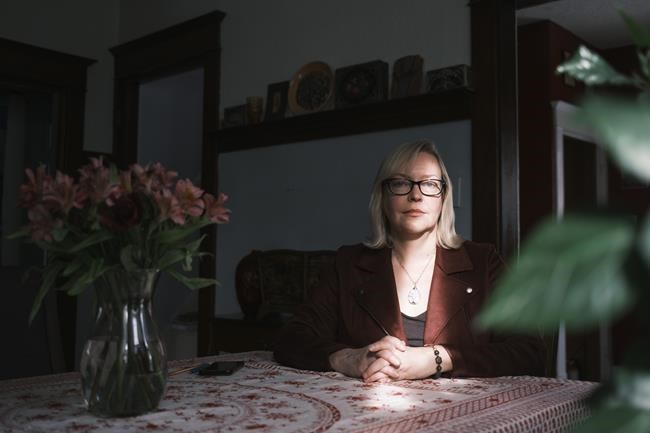 REGINA — A first-of-its-kind law in Canada meant to warn those at risk of domestic violence has had a slower-than-expected uptake in its first eight months.

Legislation known informally as "Clare's Law" came into force in Saskatchewan last June. It allows police to warn someone that they could be in danger from their partner.

A committee with police and victims services recommends what should be disclosed. An advocate who sits on that committee says six requests for information were made between June and January.

“It’s hard to say at this point whether it’s because people don’t know … or it’s because it really is geared at people who are just beginning a relationship and begin to notice red flags," said Jo-Anne Dusel, executive director of the Provincial Association of Transition Houses of Saskatchewan.

“During a pandemic, people aren’t generally getting involved in new relationships, so that could be why we haven’t had many."

The legislation originated in the United Kingdom and is named after Clare Wood, a woman who was murdered in 2009 by a partner she didn't know had a violent criminal history.

Saskatchewan was the first in Canada to adopt the measure. The province has struggled with some of the highest rates of domestic violence per capita in the country.

Newfoundland and Labrador has also been working on bringing similar legislation passed in December 2019 into effect.

The law allows people who feel they might be at risk from a partner — or know someone who is — to apply to police for information on an individual's past. Police can choose to warn potential victims if there has been abuse. Officers can also trigger a disclosure if they feel someone is in danger.

Dusel said it's meant for people who are early into a relationship before violence or abuse starts.

“One case was an individual who’d met someone quite recently and this person was pressuring them to move out of province and that wasn’t quite sitting right with them, " she said.

In the six requests, those at risk were women and the partners were men, many of whom showed a pattern as serial abusers, said Dusel.

Dusel said what gets disclosed is a risk assessment, and in five out of the six cases, potential victims were deemed at high risk.

"There was actually one situation where the person got the call back from the police about the disclosure and they said, ‘You know what? That’s all I needed to know. If you have something to share with me, I’ve made my decision. I won’t be continuing this relationship.'"

Dusel, along with the Saskatchewan Party government, believes another hurdle is the lack of participation by the RCMP, which is the police service for small towns in the primarily rural province.

"This has prevented a majority of rural residents from accessing Clare’s Law in their own community," wrote Ministry of Justice spokeswoman Margherita Vittorelli in an email.

"In light of the pandemic, it is important for people to know that they can access Clare’s Law through a remote application."

The Mounties have said their participation could risk violating federal privacy rules.

But that may change.

"The RCMP is developing draft amendments to the RCMP Regulations, 2014 that will expressly authorize disclosure of personal information under Clare’s Law," wrote spokeswoman Cpl. Caroline Duval.

"We are not able to, at this time, provide a timeline for when we expect the regulations will be finalized, but can confirm they are a priority for the RCMP."

This report by The Canadian Press was first published Feb. 27, 2021