OTTAWA — The international vaccine-sharing program known as COVAX says it has reached 100 countries with vaccines as of Thursday, though many of the world's poorest nations have still not been able to receive a single dose. Since Feb.
Apr 8, 2021 2:32 PM By: Canadian Press 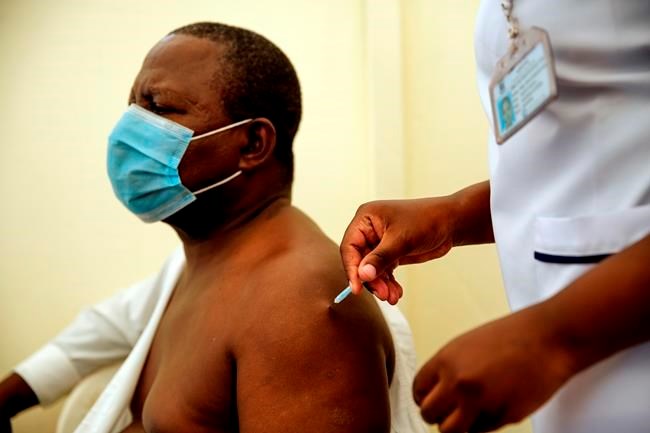 OTTAWA — The international vaccine-sharing program known as COVAX says it has reached 100 countries with vaccines as of Thursday, though many of the world's poorest nations have still not been able to receive a single dose.

Since Feb. 24, when the first COVAX doses landed in Ghana, the facility has delivered 38 million doses to 100 countries, including Canada.

"This is an important milestone because it's proving that COVAX is working, that multilateralism is working, and that the world is responding to the COVID-19 pandemic in a co-operative and collaborative way," International Development Minister Karina Gould said in an interview with The Canadian Press.

More than 60 of the first 100 recipients are low- and middle-income nations for whom COVAX is the main, if not only, supply of vaccines. The others are generally self-financing countries like Canada, who joined COVAX to get some doses and help fund doses in countries that can't afford them on their own.

About 30 other modest-income countries are still waiting, some because they are not yet ready to start vaccinations. A handful of countries that would qualify, including Tanzania, Burundi and Madagascar, have said they're not interested.

Canada, which has been widely criticized for taking doses from COVAX even though that's how the program was designed, received its first 316,800 doses from the program Thursday morning.

Another 1.6 million doses are supposed to come by the end of June, but COVAX is facing a significant supply crunch. Its main supplier, the Serum Institute of India, has halted most exports until at least June while India addresses an explosion of COVID-19 cases at home.

Green party Leader Annamie Paul said Canada shouldn't be taking a single dose from COVAX, even if it is entitled to do so.

"It is completely disingenuous of any minister or member of the government, or the prime minister, to say that COVAX is functioning as intended," said Paul. "It just simply is not."

Earlier this week United Nations Secretary General Antonio Guterres said COVAX is helping but the vaccine nationalism of wealthy nations that hoard supplies is hurting. More than eight in 10 vaccines injected so far have gone to high- and upper-middle income countries.

"Thanks to the COVAX initiative, more nations are now beginning to receive vaccine supplies, but most people in low- and middle-income countries still must watch and wait," Guterres said. "Such inequities are immoral, and they are dangerous for our health, our economies and our societies."

Paul said the least Canada could do, when it has signed private deals with seven vaccine makers and is getting more doses than it will need, is to not take the doses allocated from COVAX, even if it is entitled to do so.

Canada is the only G7 nation to receive COVAX doses, though all have contributed funding to the program. Canada is contributing $325 million in aid to help COVAX buy doses for lower- and middle-income countries.

Among the first 100 countries to receive doses, there are six G20 nations, including Canada, Saudi Arabia, Argentina, India, Indonesia and South Korea.

The United States, which signed contracts with suppliers forbidding the export of vaccine doses, has vaccinated almost half its population. It has been criticized of late for sitting on vaccines it can't even use, with 90 million doses of AstraZeneca prepared but in storage because the U.S. hasn't yet authorized the brand.

Gould said without COVAX many of the world's poorest countries would not have vaccines at all, adding Canada is committed to giving doses back after completing its vaccination program.

"It's not perfect, absolutely," she said. "But it's certainly better than the alternative, which is nothing at all. And so that's why I think that this is an exciting milestone."