A Saskatchewan man who brutally attacked a woman and set her on fire has been denied parole. Leslie Black, 35, pleaded guilty to attempted murder in the beating, burning and sexual assault of Marlene Bird in Prince Albert, Sask., in 2014.
May 17, 2021 2:11 PM By: Canadian Press 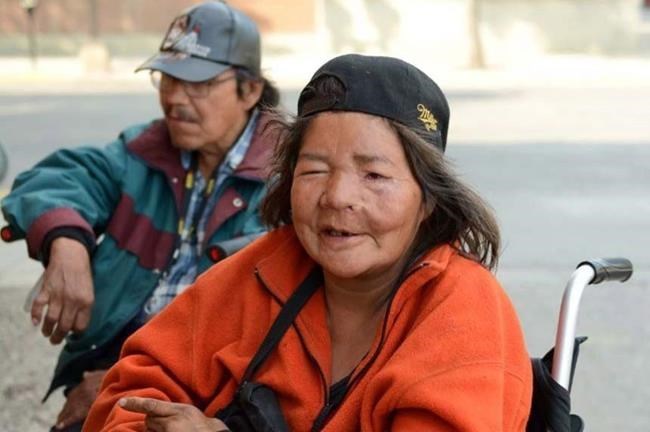 A Saskatchewan man who brutally attacked a woman and set her on fire has been denied parole.

Leslie Black, 35, pleaded guilty to attempted murder in the beating, burning and sexual assault of Marlene Bird in Prince Albert, Sask., in 2014.

Bird's injuries resulted in the amputation of both of her legs and the Indigenous woman also lost much of her eyesight.

Her death was only a few months after Black was sentenced to 16 years for the vicious assault. He was given credit of four years, eight months for time already served, so faced just over 11 years in prison.

“Your actions were unpredictable, brutal and indifferent,” said a decision released Monday by the Parole Board of Canada.

Black told a parole board hearing last week that the attack on Bird happened around the anniversary of his own mother’s murder and he’d been drinking more frequently. He didn’t know Bird and told the board the sexual assault was “out of the blue.”

After setting Bird’s shirt on fire, Black left the woman in flames and went to a store to get candy. He walked past Bird again, who was still on fire, and ignored her.

Bird was found several hours later with burns so severe her facial bones were exposed.

Black told the hearing that the decision to light Bird on fire “just happened” because he had a lighter in his coat pocket.

He told the parole board that he prayed with an elder for Bird and her family when he learned of her death.

The board’s decision said Black still shows “limited insight into the underlying factors that allowed (him) to engage in this level of violence.”

Black has continued to have issues with violence behind bars, including fights with other inmates and weapons found in his cell, the board said.

“Your inability to follow institutional rules raises concerns for the board about your ability and willingness to abide by conditions in the community."

Psychological assessments presented at the hearing said Black presents a risk for future sexual offences and suggested any form of conditional release would be premature.

After Black was sentenced, Bird, a member of the Montreal Lake Cree Nation, said she thought she “could forgive him” but friends said she was upset by the length of his incarceration.

“I’m doing my best, because my mom told me to forgive people that do wrong,” Bird said at the time.

Bennett apologizes after Wilson-Raybould calls out her 'Pension?' message as racist
Jun 24, 2021 9:57 AM
Comments