MONTREAL — The Montreal Canadiens could be on the cusp of getting some key pieces back in the lineup as they prepare for their toughest challenge yet — the Vegas Golden Knights.
Jun 12, 2021 11:29 AM By: Canadian Press 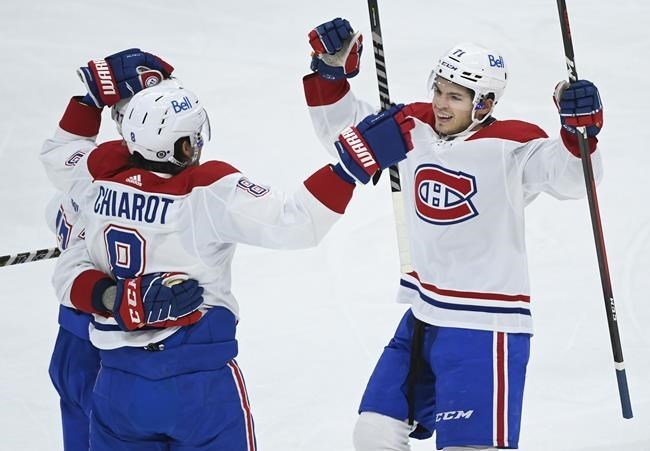 MONTREAL — The Montreal Canadiens could be on the cusp of getting some key pieces back in the lineup as they prepare for their toughest challenge yet — the Vegas Golden Knights.

Interim coach Dominque Ducharme said Saturday that defencemen Jeff Petry (hand) and Jon Merrill (lower-body injury), and forward Jake Evans (concussion) are all travelling with the team to Vegas for the start of the Stanley Cup semifinals.

When, exactly, the trio could return remains unclear. Ducharme said Friday he was "not very confident" that they would dress for Game 1 on Monday.

Evans has been out of the lineup since June 2 when he was levelled by Winnipeg Jets centre Mark Scheifele in the final moments of Montreal's 5-3 win in the second-round series opener.

The crushing blow left Evans with a concussion and the NHL's Department of Player Safety handed Scheifele a four-game suspension.

The Habs swept the Jets in four games to set up their semifinal matchup with the Golden Knights. Vegas advanced after downing the Colorado Avalanche in a fast-paced six-game series.

Evans is working through the process of getting back to game shape, working out in the gym and skating on Friday and Saturday, Ducharme said.

“He’s got a couple more steps to go but he’s heading in the right direction," he said.

The Canadiens believe Evans could make his return in three or four days, but are being cautious, the coach added.

"With that kind of injury, you never know, there could be setbacks at any time. We’re not taking anything for granted. The most important thing is for him to be 100 per cent.”

Evans has one goal in four playoff games this season. The 25-year-old from Toronto put up 13 points (three goals, 10 assists) in 47 regular-season games this year.

This report by The Canadian Press was first published June 12, 2021.