'Learning, adapting and growing has always been part of being human. It isn’t new and it isn’t a uniquely Squamish thing.'
Jun 10, 2021 2:52 AM By: The Chief editorial staff 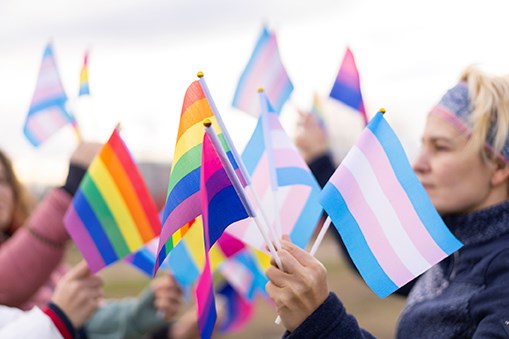 While PRIDE events are typically celebrated in September in Squamish, June is PRIDE month internationally.

It is a good time to pause and notice that Squamish businesses, organizations and families are currently doing the ongoing work needed to be welcoming to residents who belong to LGBTQIA2S+  (Lesbian, Gay, Bisexual, Transgender, Questioning, Intersex, Asexual and Two-Spirit) communities.

In hearing from local parents, business owners, individuals and advocates, what stands out most is the importance of evolving.

Well, that and being loving and open.

No matter who we are, evolving in the way we see ourselves, each other, and our community is always healthy.

Stick a pin in any time in history — either as an individual or a culture — and we likely wouldn’t feel comfortable staying there long.

Just think of the ways you were raised and the adaptations you made with your own children.

That is evolution, too.

Being open to learning — whether it is learning to respect people’s preferred pronouns or adapting our workplaces so all customers and staff feel safe and can be their true selves, whatever that means for them — can only make Squamish better.

Learning, adapting and growing has always been part of being human. It isn’t new and it isn’t a uniquely Squamish thing.

PRIDE celebrations have become so common a thing now that many may not know or have forgotten what it is and why it is celebrated.

PRIDE (Promote Respect, Inclusion, and Dignity for Everyone) was first an acronym in 1966 for the Personal Rights in Defense and Education organization. It was a group formed to bridge the gap between the gay community and police, according to the California Digital Library.

Its other goal was social events, but these only included men.

PRIDE is celebrated in the U.S. to commemorate the Stonewall Uprising, which began in the U.S. on June 28, 1969. Police had been consistently raiding “gay bars” and on this day, the patrons had had enough.

The days of resistance signalled the start of a movement that led to more civil rights in the U.S. and beyond.

Canada too, has a rich history of oppression, resistance and progress.

The idea of people being arrested for who they love or how they identify is hard to imagine for us in 2021 Squamish, thankfully.

But the road from there to here would have been hard for previous generations to imagine.

And there is much work to be done that will hopefully make our present reality unfamiliar to future generations.

So whether it is embracing your child’s gender identity or sexual orientation, or learning to call a coworker by their preferred pronoun, or removing the gender divide in clothing stores — it is all part of a long continuum of evolution.

Kudos to the leaders of Pride Squamish and all the businesses and organizations, community members and families who are doing the work to keep the wheels of inclusion and acceptance moving in the right direction. If you aren’t already, get on board by contacting pridesquamish@gmail.com.