EDITORIAL: If you are bitten by a tick panic — but just a little

In recent years Lyme disease has been more publicly discussed, but as most locals flock outdoors to enjoy the summer, how worried should Squamish residents be about ticks? Stories of well-known Canadian celebrities, like Avril Lavigne, suffering from
Jul 24, 2019 10:30 AM By: The Chief Staff 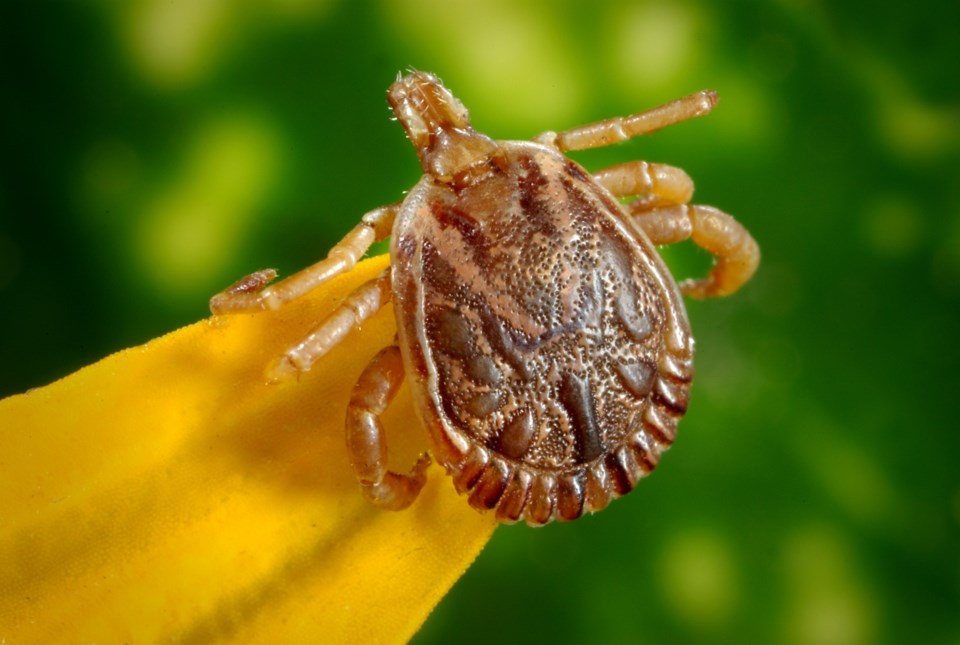 In recent years Lyme disease has been more publicly discussed, but as most locals flock outdoors to enjoy the summer, how worried should Squamish residents be about ticks?

Stories of well-known Canadian celebrities, like Avril Lavigne, suffering from the disease has increased fear of the illness, which cause fever, headache, muscle, joint pain and debilitating fatigue, and a range of other nasty symptoms.

And most of us know of someone local who has been bitten or even contracted the disease.

Western black-legged ticks can transmit bacterium called Borrelia burgdorferi, and those ticks can be found in our region.

With climate change, Lyme disease rates in humans and ticks have increased. Days of above-freezing temperatures are needed to complete their life cycle and the number of those such days are increasing with global warming, according to the U.S Natural Resources Defense Council.

So there is reason to be vigilant about tick bites in Squamish.

But the good news is even if the illness is contracted, most people with Lyme disease can be treated successfully with a few weeks of antibiotics, especially if caught early.

And Lyme is a more serious problem back east and in the northern U.S. where there’s a different species of tick and the climate and vegetation are more conducive to humans contracting the disease.

The Canadian Press reported July 18 that in Ottawa more than two-thirds of ticks tested in some neighbourhoods carry the bacteria that causes Lyme disease. There, the staff at the public-health unit no longer bother to test ticks at all for the Lyme-casing bacteria. They just assume the tick has it.

(Obviously, if you are bitten while vacationing there, take it very seriously.)

Here in B.C. though, less than one percent of ticks tested carry the bacteria that causes Lyme, according to the BC Centre for Disease Control. Between 10 and 40 Lyme cases are reported in B.C. every year.

Since 2014, there have been 14 cases of Lyme reported in the North Shore Coast Garibaldi region — the health service delivery area that covers the Sea to Sky Corridor.

So far this year, no cases have been reported to the BC Centre for Disease Control from our region.

Bottom line, if you or your pet is bitten by a tick here, panic enough to take it seriously. Remove it, or have it removed, and see your doctor and/or veterinarian.

But, there’s no reason to panic to the point of not enjoying our outdoors in Squamish.

Oh, and by the way, it is called Lyme because the disease was reported in Old Lyme, Connecticut back in 1977.

The BC Centre for Disease Control is an excellent source of information on everything from how to safely remove the tick, where to send it to, and stats on the prevalence of  Lyme Disease. Check it out at www.bccdc.ca