Editorial: Kudos to those keeping us safe from wildfire in Squamish 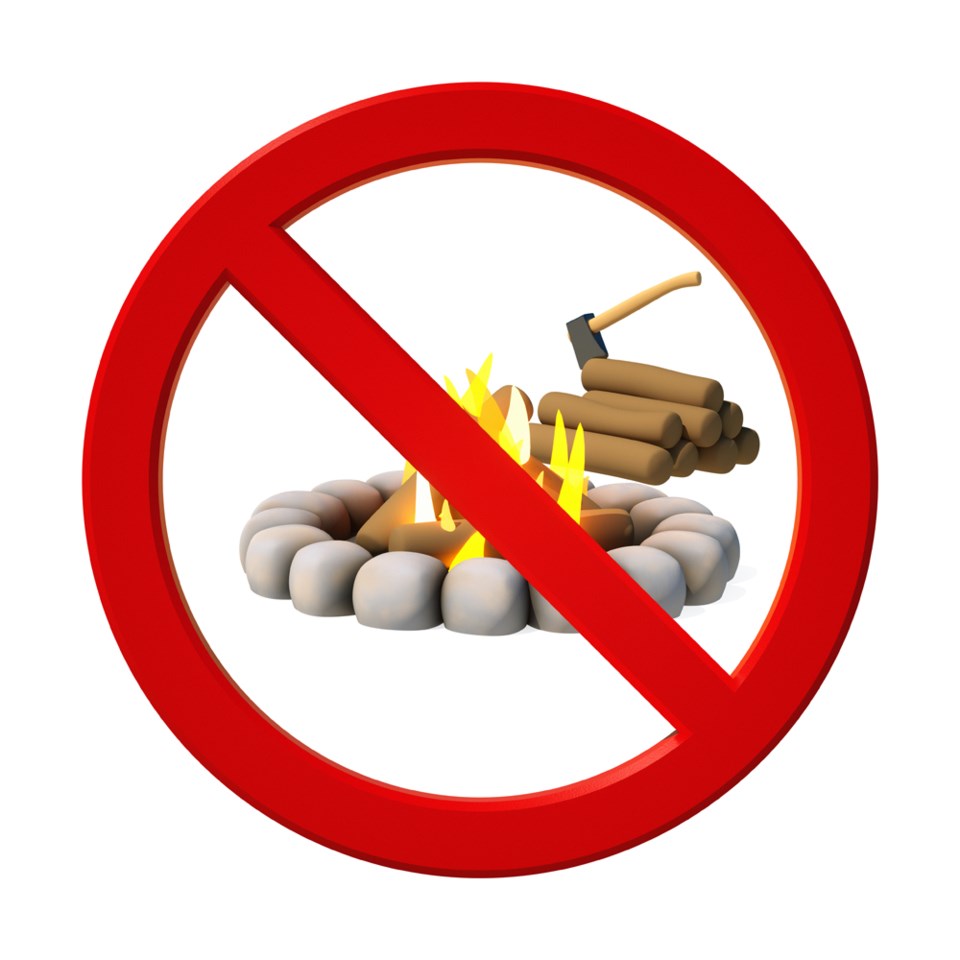 No campfires are allowed in B.C. right now. ZargonDesign

We are in the middle of an alarming wildfire season that currently has 299 active wildfires burning across the province. So far this year, there have been 1,136  wildfires.

As of this writing, the fire above the Woodfibre site is burning out of control.

Squamish currently has an extreme danger class rating, meaning the fire risk is very serious. According to the BC Wildfire Service, this means: “New fires will start easily, spread rapidly, and challenge fire suppression efforts.”

A campfire ban has been in effect across the province since June 30, and it will remain in effect until noon on Oct. 15, 2021, or until the order is rescinded.

Travel along river banks and in the backcoutnry in the Sea to Sky, and there is evidence that a few folks have been defying the ban and having fires.

But Squamish Fire Rescue Chief Bill Stoner said that firefighters haven’t had to go out and deal with many maverick campfires for the last couple of weeks.

“Most of the calls we are getting now are false alarms, and that is people being very cautious,” he said. They see something that they think is a wildland fire — which we encourage them to do — but as of the last week, maybe two weeks, we haven’t seen a lot of actual campfires, which is great,” he said. “It is wonderful to see the community being supportive that way.”

Some local retailers, too,  took an early proactive approach of removing wood from the sales floor or covering it up somehow.

Shell, for example, removed their wood from sight and put up a sign explaining that there is a campfire ban in effect.

“Wildfires have had a significant impact on people and communities across British Columbia, and as a member of the Squamish community, we felt we had a responsibility to let our customers know about the current fire ban in place and encourage them to comply with all fire safety regulations,” said a spokesperson for Squamish’s Shell.

But not everyone has been so onboard.

Some local retailers continue to have bundles of wood on their sales floors well after the ban was put in place.

This should never happen. The day a ban is declared, campfire wood should be out of sight in the corridor.

There is too much at stake not to act quickly.

To be clear, retailers aren’t doing anything illegal, according to the Ministry of Public Safety and Solicitor General, but those who burn the wood are.

Guilty parties can be given a $1,150 ticket, could face an administrative penalty of up to $10,000 or, if convicted, could be fined $100,000 and/or sentenced to one year in jail. If the outlaw burning starts a wildfire, the person responsible may be ordered to pay all firefighting and associated costs.

So, just do the right thing, folks.