M ore than two months after the provincial election, the weary electorate can finally take a breath and reflect on what the tornado of political jostling in Victoria all means.
Jul 13, 2017 9:00 AM By: Squamish Chief Staff 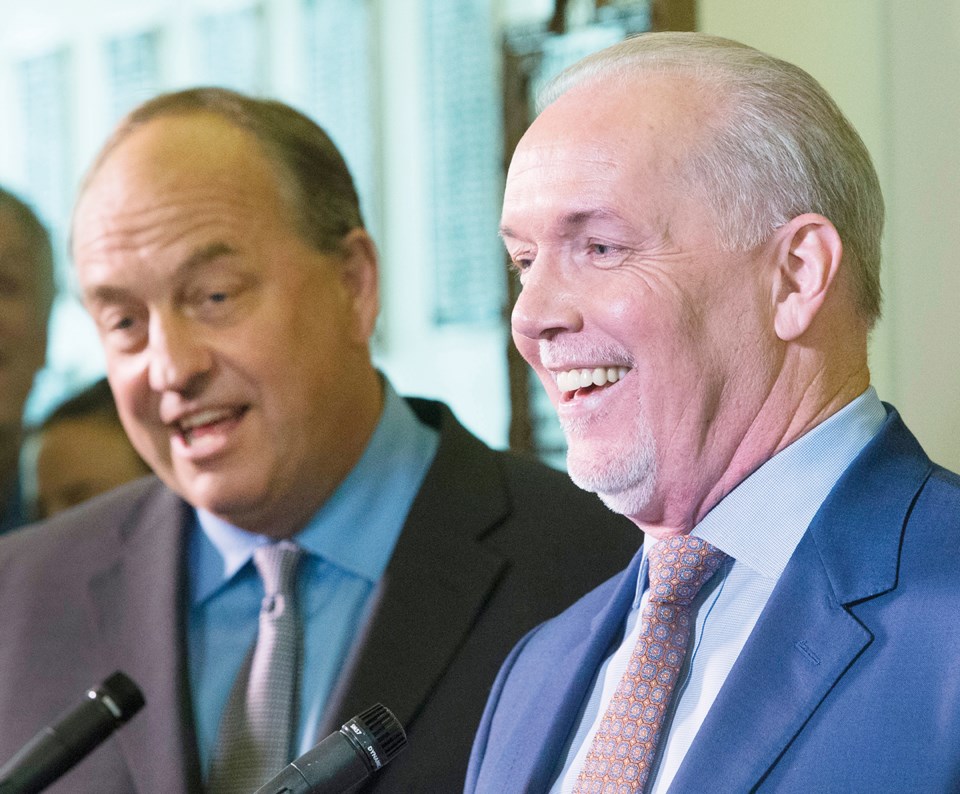 More than two months after the provincial election, the weary electorate can finally take a breath and reflect on what the tornado of political jostling in Victoria all means.

With the BC Liberals officially on the way out and John Horgan and the BC NDP becoming the ruling party, what will this mean for Squamish?

Promises aren’t action, but if the BC NDP and BC Green Party alliance holds, it is possible several of a laundry list of proposed policy changes could impact the district.

In their official agreement, the two parties vowed to improve transit. While vague on details, if it means regional transit, that would be huge for Squamish.

The NDP and Green agreement also includes a vow to raise the minimum wage to at least $15/hr. This may reduce the number of ‘help wanted’ signs around town. Or, business owners may feel it is the final push that closes the doors they have struggled to keep open in the face of rising rents and residential property taxes.

The agreement also includes a vow to create more affordable housing and crack down on speculators in an effort to ease the housing crunch.  Again, details are sketchy, but anything that can put local families in suitable housing they can afford would be good for Squamish residents.

Horgan has also said his government will come through on its $10-a-day daycare promise. While that plan would alleviate financial stress for plenty of Squamish parents, it would need to happen sooner rather than later to help those struggling with the cost of childcare today.

What the new government will likely not create is obstacles for Woodfibre LNG, as some have hoped.

The biggest hurdles for the project, the provincial, federal and Squamish Nation approvals, were granted before the election.

Despite Green Party opposition to Woodfibre LNG during the campaign, there’s not a single word about the project in the 10-page coalition agreement.

In November, Horgan said his party was “supportive of Woodfibre LNG and the jobs and economic activity it will bring.”

And while a benefit agreement between the provincial government and the Squamish Nation has yet to be announced, Chief Ian Campbell said recently that almost all of the work on the agreement was done prior to the May 9 election.

Representatives from Woodfibre LNG itself also don’t seem nervous that the project could be scuttled. A Woodfibre spokesperson told The Chief that work toward the project is continuing as planned.

While there may be some permitting details left, such as the compressor station rezoning through the regional district, if history is any guide, it is likely the provincial government would pull rank on the lower levels of government. So, whether you are for or against Woodfibre LNG, whatever else may change in the coming years, it will likely be the status quo for the project.