88% of respondents in North Delta, North Surrey, the City of Langley, the Township of Langley, Abbotsford and Chilliwack back project, survey finds
May 20, 2021 6:00 AM By: Mario Canseco 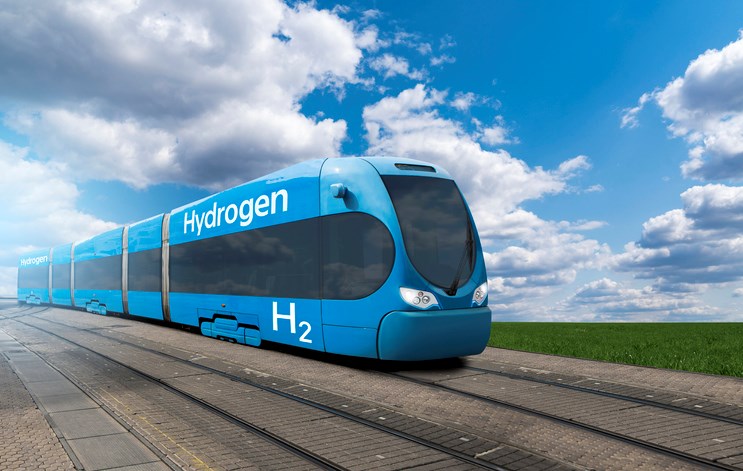 Over the past few years, several European countries have discovered the benefits of hydrogen-powered trains for railway service.

In 2018, the first line of its kind began operations in Germany, uniting four northern towns along a 100-kilometre route that used to require diesel. Similar projects are already underway in the United Kingdom, Germany, Austria, the Netherlands and Italy.

Many decades ago, British Columbia faced a transportation challenge that also required a modification in fuel. The steamless BC Electric Railway linked communities between Vancouver and the Fraser Valley for four decades, starting in 1910. The Interurban Corridor – a 99-kilometre route between Chilliwack and the Patullo Bridge – still exists, but no passenger trains have been in service there since February 1958.

A proposal to revive this form of transportation has been in place for a while. The idea is to offer daily service relying on hydrogen-powered trains, taking full advantage of the fact that passenger rights to the Interurban Corridor were protected by the provincial government in 1988.

Research Co. recently conducted a survey on behalf of the South Fraser Community Rail Society – one of the proponents of the new project – in order to review public sentiment on existing transit options, pinpoint support for this nascent form of transportation, and, more crucially, measure the level of ridership that could be expected from residents of six of the communities that would be linked if the project is authorized – North Delta, North Surrey, the City of Langley, the Township of Langley, Abbotsford and Chilliwack.

At this point, residents who require a public transit option use BC Transit’s Fraser Valley Express bus, which runs on the Highway 1 corridor between Chilliwack and the Carvolth Exchange in the Township of Langley. Only 32% of respondents to the survey believe the express bus fits the needs of the community, suggesting that other public transit alternatives are required at this time. Most residents who have ridden the Fraser Valley Express (55%) are not satisfied with the offering.

With this background, the notion of a hydrogen-powered rail service resonates significantly with the area’s residents. Almost nine in 10 respondents to the survey (88%) are in favour of the South Fraser Community Rail project. Public support is high across all communities that would be served, including Abbotsford (93%), Chilliwack (89%), North Delta (85%), North Surrey (83%), the Township of Langley (82%) and the City of Langley (76%).

Ensuring ridership is one of the major elements of any potential public transit project. Specific developments in urban areas have resulted in fewer residents choosing to use their own cars for transportation on weekdays and weekends. When asked to look at the potential of this new option, almost four in five respondents (78%) say they are “very likely” or “moderately likely” to rely on the South Fraser Community Rail project to go places.

The finding that is particularly striking on this question is that 81% of respondents in the six communities who usually drive to school or work are willing to rely on the rail system if it is activated. The project would not only be welcomed by those who feel they are not properly attended by the express bus, but also by those who currently rely on their own vehicles for their commute.

The environmental advantages of the project are also popular with residents. This is an important aspect with British Columbia already looking at a reduction in our reliance on fossil fuels. In 2019, the provincial government passed legislation to ensure that, by the year 2040, all light-duty cars and trucks sold in the province will be “zero emission.” More than half of respondents to the survey (56%) say they are more likely to support the railway project because it relies on a hydrogen propulsion system, with zero greenhouse gas emissions.

Drivers in British Columbia have not always been massively supportive of new transit projects, or willing to leave their cars at home once they are completed. Current perceptions on the revival of interurban service south of the Fraser River are decidedly different. The authorization of the hydrogen-powered rail service could lead to a major reduction in the number of cars on the road in a habitually clogged Highway 1.

Results are based on an online study conducted from May 5 to May 8, 2021, among a representative sample of 800 adults in North Delta, North Surrey, City of Langley, Township of Langley, Abbotsford and Chilliwack. The data has been statistically weighted according to Canadian census figures for age, gender and region. The margin of error – which measures sample variability – is plus or minus 3.5 percentage points, 19 times out of 20.