LETTER: BC Hydro paying Woodfibre LNG too much

Picture this: Billionaire B.C. businessman Jimmy Pattison comes across a farmer with 1,100 kilos of brussel sprouts. They’re picked and loaded but the farmer’s only route out is cut off by a landslide.
Oct 19, 2016 11:51 AM By: Squamish Chief Staff 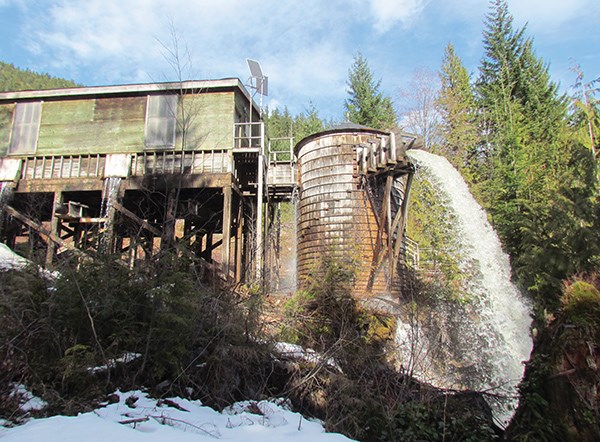 Picture this: Billionaire B.C. businessman Jimmy Pattison comes across a farmer with 1,100 kilos of brussel sprouts. They’re picked and loaded but the farmer’s only route out is cut off by a landslide. Pattison knows the wholesale market price is $3 per kilo and his in-store price is $10 per kilo. He knows he has the farmer by the short hairs – but Jimmy offers $15 per kilo and arranges to help get the crop past the landslide.
“Wait... what? You can’t run a business like that!”
Right – but that’s precisely what has happened at Woodfibre LNG and many other independent power projects (IPPs) around the province. A recent story in The Squamish Chief tells us that a made-in-1947 dam and power plant at the Woodfibre site was orphaned when the pulp mill shut down in 2006. Western Forest Products had no use for the power – and no ability to sell it – until they contracted with BC Hydro through Hydro’s Standing Offer Program in 2010. WFP later sold the old mill site and its power plant to Woodfibre LNG.
Hydro had WFP by the short hairs – and they knew the wholesale market price for electricity was averaging about $30 per mega-watt/hour, with the price to homeowners being about $100 per mega-watt/hour. Rather than telling WFP, “We’d be doing you a favour, paying you $30,” they instead said, “We’ll give more than five times the going rate.”

As a result, rather than getting $330,000 for their 11,000 mW/h last year, Woodfibre LNG received $1,745,928.
You can’t run a business like that, yet BC Hydro is doing this at IPPs all around the province, at the behest of the current government. They’re buying high and selling low – and passing the bill on to Hydro ratepayers.
Learn much more about BC IPPs from political blogger Norman Farrell at in-sights.ca.
G. Barry Stewart,
Chilliwack